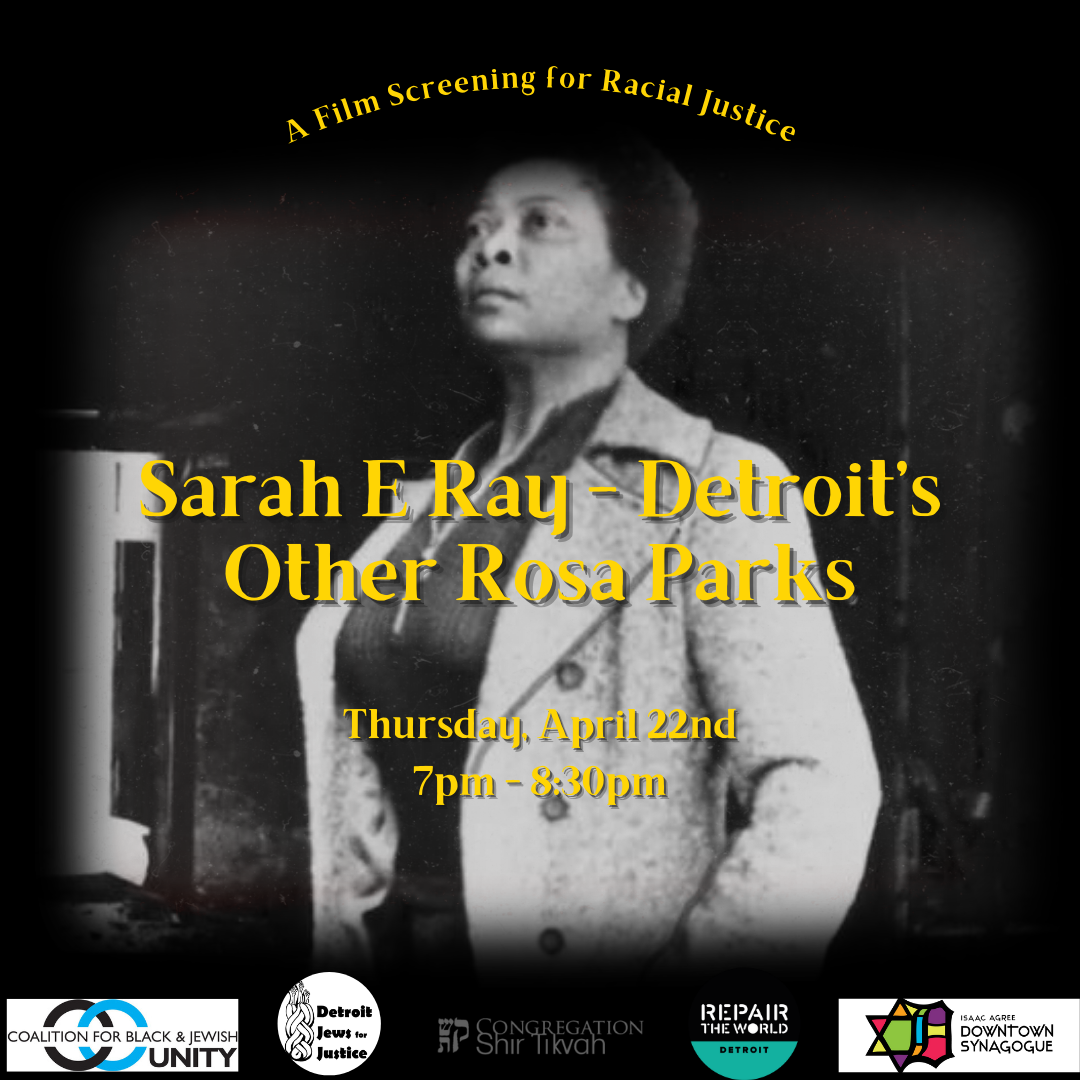 Detroit Jews for Justice, Repair the World Detroit, the Coalition for Black and Jewish Unity, Congregation Shir Tikvah, and the Isaac Agree Downtown Synagogue are hosting a joint film screening and fundraiser for the Sarah E Ray Project. Sarah E Ray, also known as “Detroit’s other Rosa Parks,” was a civil rights trailblazer and paved the way for Rosa Parks in her fight to desegregate public transportation. We will be learning about her fight to desegregate the Boblo boats in Detroit, and how she and her partner Raphael Haskell continued to serve the city of Detroit long after the closing of the historic Supreme Court case. Participants will be able to interact directly with the producers of the film, who will join us for a Q&A session.

Learn more about the project and the film here!