Vergangenheitsbewältigung? Act on it!

DJJniks, I’m writing to you today to shed light on how, right before our eyes, the remembrance of the November Pogromes is being undermined by German government officials. I recently joined DJJ as an organizing intern after graduating from the University of Michigan in the spring. I’m originally from Heidelberg, Germany -- a place I hold very dear to my heart -- and it should be noted that I’m not Jewish myself, as I’m of Turkish and German descent. Growing up in Germany, I learned in-depth about the atrocities my ancestors have committed to millions of people during the Nazi era, as most school children in Germany do. Simultaneously, I learned to understand that antisemitism is not a thing of the past, but alive and well, in Germany and abroad. I want to use this opportunity to share with you an example of lived antisemitism, perpetrated by the German state.

Last night marked the 82nd anniversary of the November Pogroms in Nazi Germany - the most atrocious act of collective antisemitism that occurred in the early years of the Nazi terror. During this night, hundreds of synagogues were burned to the ground, thousands of Jewish businesses were destroyed, and tens of thousands of Jewish people were arrested and deported to concentration camps. November 9th is, without question, one of the darkest days in the history of Germany, Austria, and the world. The Third Reich was one of the most pronounced and transparently fascist systems this world has ever seen, and November 9th has for decades been a day to commemorate this fact. Supported by a majority of its constituents, the German state was a system designed to kill Jews, communists, people with disabilities, gay people, Sinti and Roma … the list goes on. 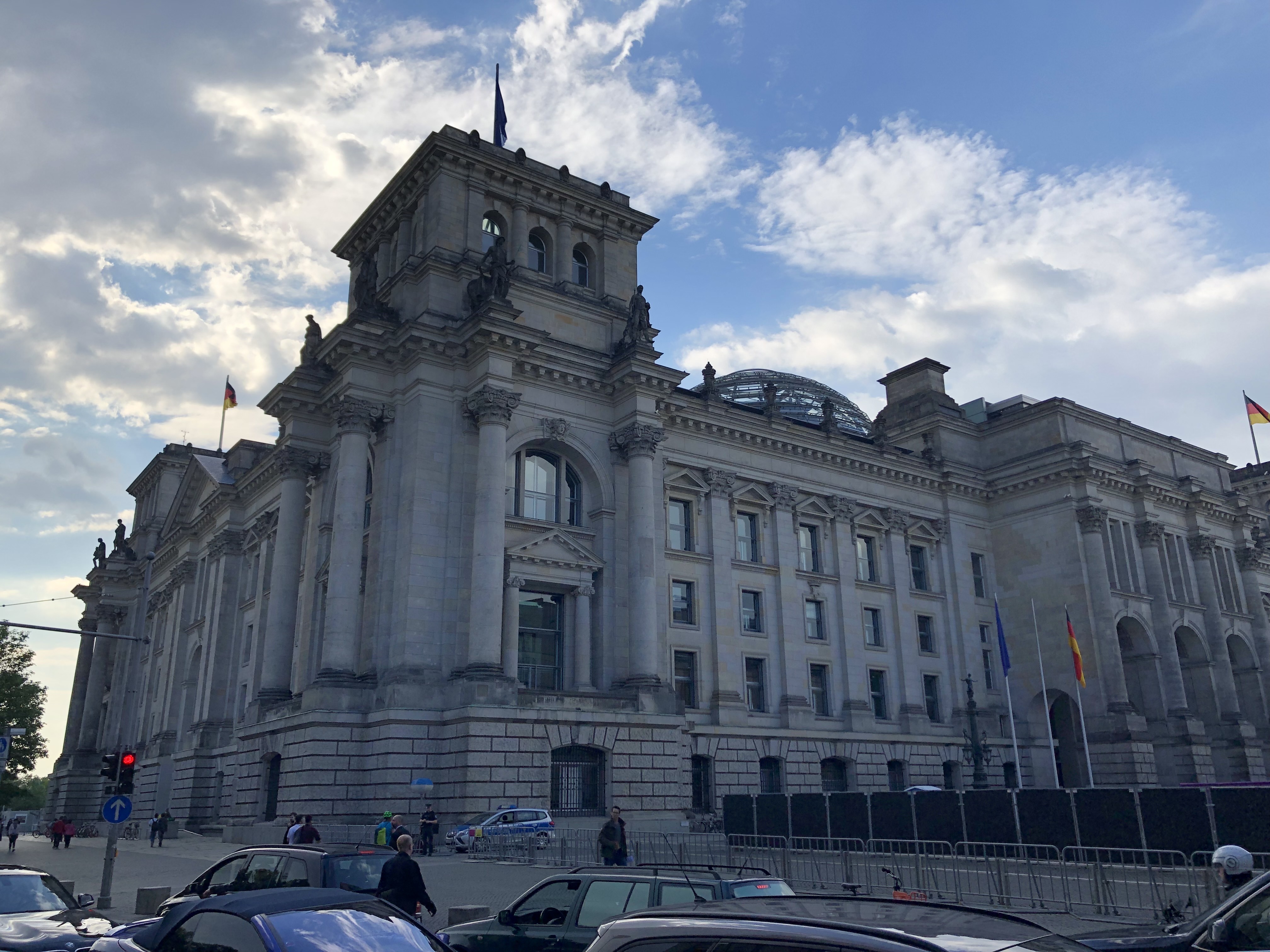 [image description: photo of the Reichstag in Berlin]

All too often, the Federal Republic of Germany is popularly lauded for its efforts to repair what has been broken, to acknowledge its wrongdoings, and to #neverforget. The German language even has a word for this: Vergangenheitsbewältigung - the process of coming to terms with one’s past. Throughout my life, I’ve had countless conversations with folks about Germany and its Vergangenheitsbewältigung. All too often, Germans and Americans alike superficially engage with this narrative, while remaining ignorant about the many ways in which the German state, to this day, perpetuates racism, xenophobia, and, most notably, antisemitism.

Take, for example, Dresden, a city whose history is incredibly charged and often instrumentalized by the extreme right. This year in Dresden, where the Jewish community had planned to commemorate the November Pogromes at the site where the historic synagogue was burned in 1938, the city banned all remembrance, citing COVID concerns. Instead, city officials simply reminded citizens that “everyone can still commemorate on their own.”

Of course, the COVID pandemic puts constraints on all aspects of civil societies, in Germany, the US, and across the globe; after all, saving people’s lives has to have the highest priority. However, it’s becoming increasingly apparent that, in the case of Dresden at the very least, German officials are operating on double standards. While the November 9th commemorations were officially halted, the city allowed the PEGIDA (Patriotic Europeans Against the Islamization of the Occident) movement to hold its weekly demonstration on the same night, regardless of COVID. Even worse: the demonstration was scheduled for 6:18pm (18:18 in military time) -- 18 is a widely known code for Adolf Hitler in fascist circles -- and featured one of Germany’s most prominent neonazis, Andreas Kalbitz. Dog-whistles, gaslighting, and demonization of immigrants - each hallmarks of hate and fascism. 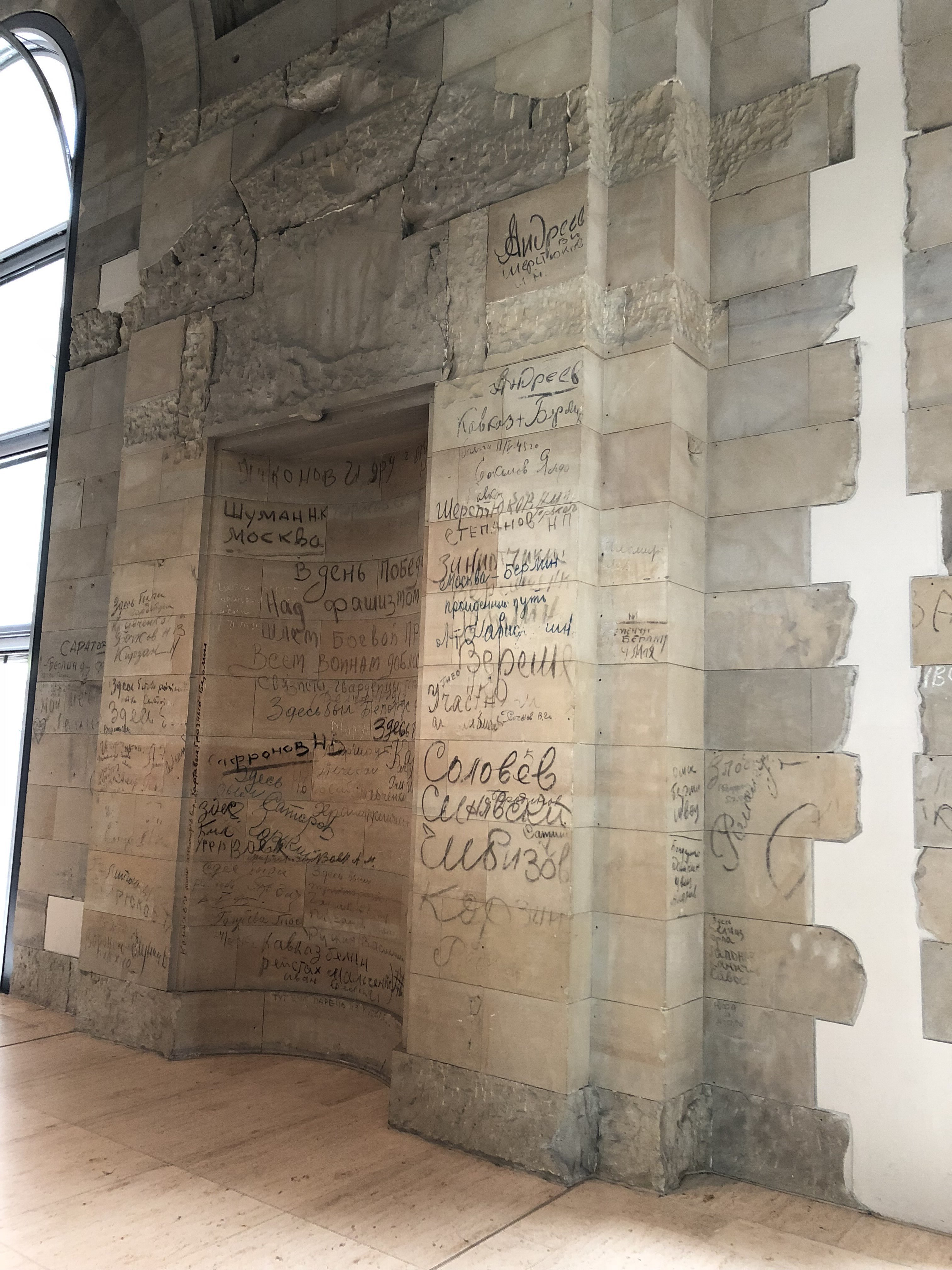 [image description: Soviet, anti-fascist graffitis on display in the Reichstag - they serve as a reminder to lawmakers not to take democracy for granted]

So, what now? What do we do with this information? I don’t know. I’m beyond frustrated, and ashamed, and I want to use this opportunity to remind people that antisemitism, especially in Germany, is not a thing of the past. Fighting the various systems of oppression we are forced to live with is a task we need to tackle anew, every day. Today, that includes debunking myths that present Germany, or the United States for that matter, as an enlightened example of good Vergangenheitsbewältigung. Tomorrow, we get up and fight the good fight.

The DJJ Steering Committee recently adopted an amendment to the Core Principles - naming antisemitism and the ways it impacts our work. You can read it here. If you'd like to be a part of DJJ’s efforts to dismantle antisemitism among other forms of oppression, join the Freedom Team by attending the upcoming New Leader Orientation on November 17th at 6:00pm.