Join DJJ in rallying with fast food workers for a $15 minimum wage.

On Thursday, April 14 – the eve of Tax Day – workers in the Fight for $15 in the U.S. and around the globe are coming together to hold McDonalds and other corporations accountable, demand $15 and union rights and call for an end to tax evasion and poverty wages. As part of this global action, Detroit's Fight for 15 will hold a rally to stand alongside striking fast food workers.

Workers and coalition members will be arriving at 2962 W Grand Blvd around 4:15 and marching over to McDonald's.

More about the action:

At this critical moment in American history, workers in every industry need $15/hour and union rights more than ever. A massive, largest-ever mobilization of underpaid workers on April 14, 2016 will send a strong message to large corporations and elected leaders that we’re not stopping until we win.

Home care workers, child care workers, university faculty, fast food workers, airport workers and many others will hold massive actions in a record 300 U.S. cities and 40 countries calling for fair wages and for corporations to pay their fair share. In America, the day will be bookended by strikes at McDonald’s in the morning and evening. Worldwide, workers in hundreds of cities will strike and demonstrate to hold corporations accountable. 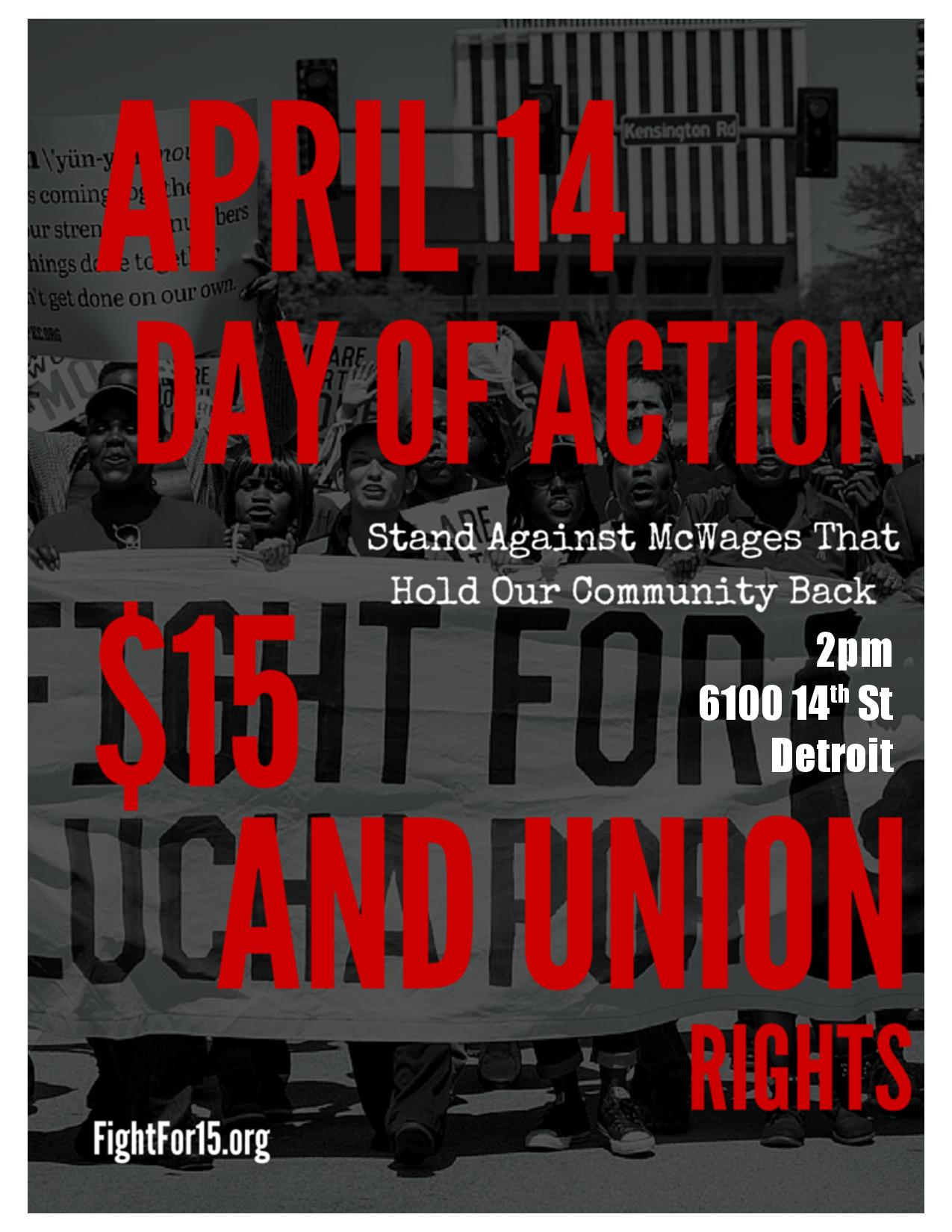