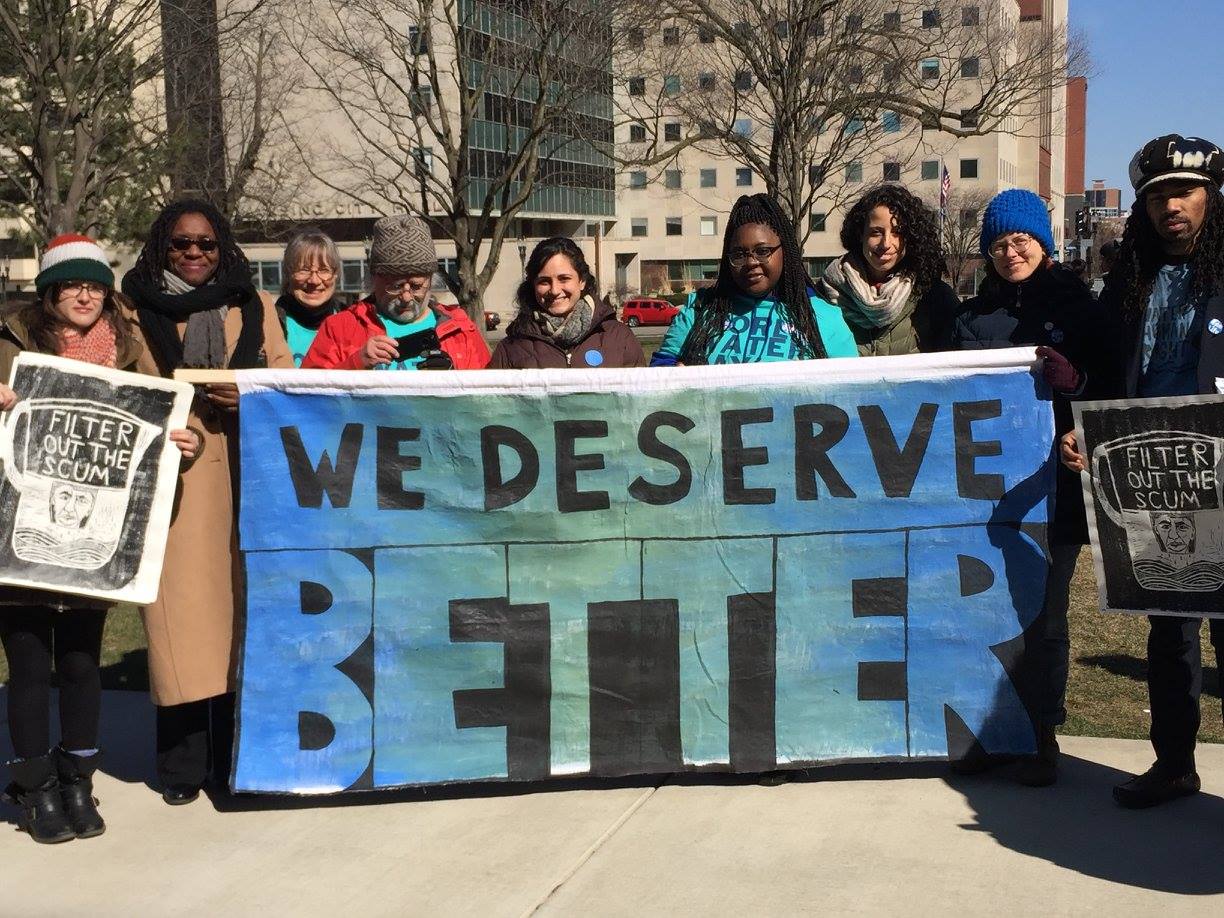 On Wednesday March 22nd, I had the opportunity to travel to Lansing with DJJ and many other Detroiters in honor of World Water Day. We were all heading to the capital to raise our concerns about water issues plaguing Detroit, Flint, and the state of Michigan.

The day was organized by the People’s Water Board, and myself and other members of DJJ were there to help out, learn and raise our voices with them. As members of DJJ, we helped transport Detroiters from different parts of the city to make it downtown for the 7:30 am bus to Lansing, and we also provided childcare throughout the day so that WWD attendees could lobby their senators and state reps.

When I signed up to join WWD, I was excited to help out and had general ideas about the water issues facing our region; but my day in Lansing was an immense learning experience. Throughout the day, the People’s Water Board organized a listening session where citizens of Detroit and Flint spoke about their personal experiences; and we were encouraged to talk to one another and share why we were there. We also spent the day lobbying for the Michigan Water is a Human Right Bill Package, a package of bills introduced by Representative Stephanie Chang and colleagues in the State Legislature. A similar package was introduced last year, most of the bills never made it into committee, and died at the end of the year.

We broke up into our respective districts and headed to our state representatives offices, just across the street from the Central United Methodist Church, where we were based all day. This simplest act of democracy, going to talk to the representative that has been elected to work for me, was new to me and it felt very empowering to walk into the stately offices and talk about the issues I had been hearing about in new ways all morning.  After lunch, which was opened by Rabbi Alana giving the motzi, and more conversations, Representative Stephanie Chang and her colleagues spoke to us about the package of bills, and than we all had the opportunity to join them in the State Capitol building and watch the legislative session from the balcony. The WWD attendees filled the wraparound balcony overlooking the session, and it felt exciting to stand up when the speaker announced our presence, and feel the power of our numbers and hope our elected officials below would take notice.

In the afternoon we had the opportunity to lobby our senators, and before heading back to Detroit, we joined together for a rally on the capital steps where the DJJ “WE DESERVE BETTER” banner was a crowd favorite, everyone wanted a picture with it. After a long day, I felt very lucky that I was able to take the time to travel to Lansing and meet so many people from Detroit and Flint and really learn about the myriad of water issues, water quality issues as well as equitable access to water; different facets of an issue that is also connected to water issues across the country and the world. It was also very empowering to walk the halls of power in the state as a constituent lobbying for change. I’m so happy I was able to join with DJJ to support and participate in World Water Day.

Hannah Chalew is an artist from New Orleans. She has been living in Detroit since 2013, where she works from her studio in Highland Park and teaches at College for Creative Studies. She is a new DJJ leader. 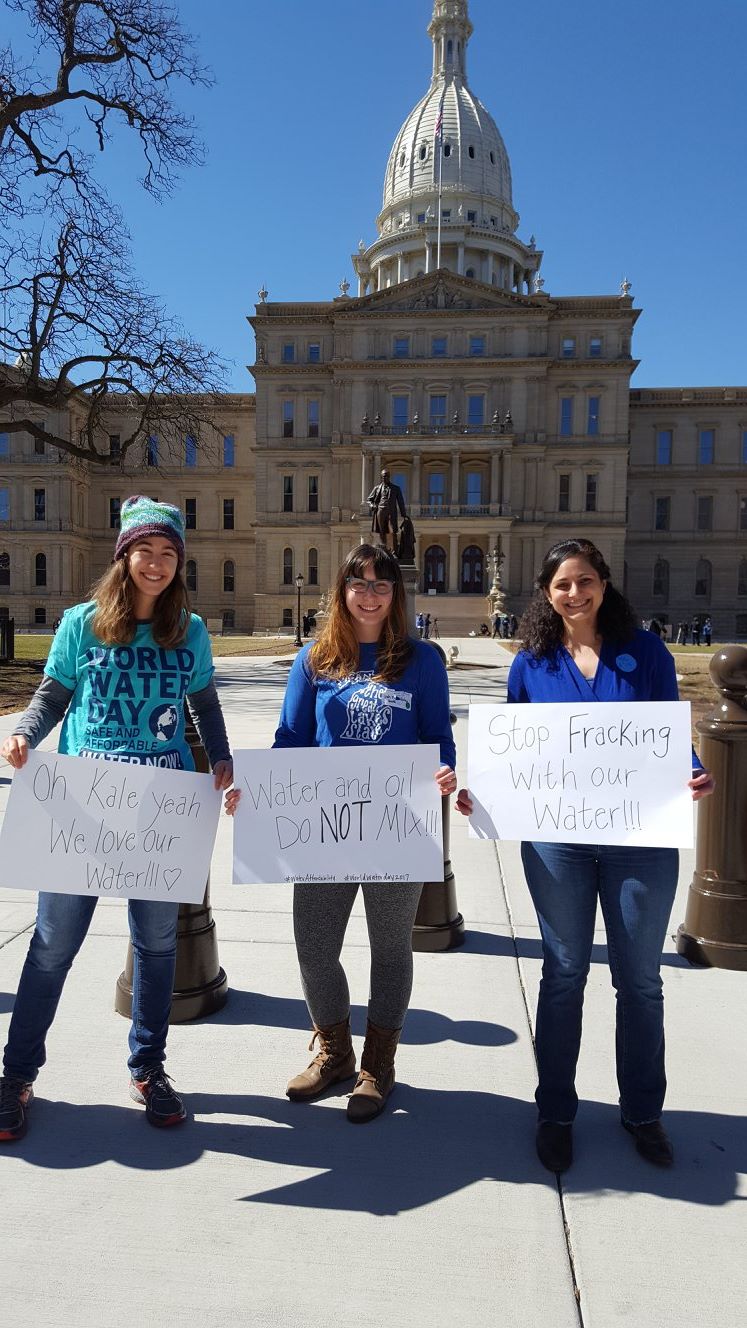 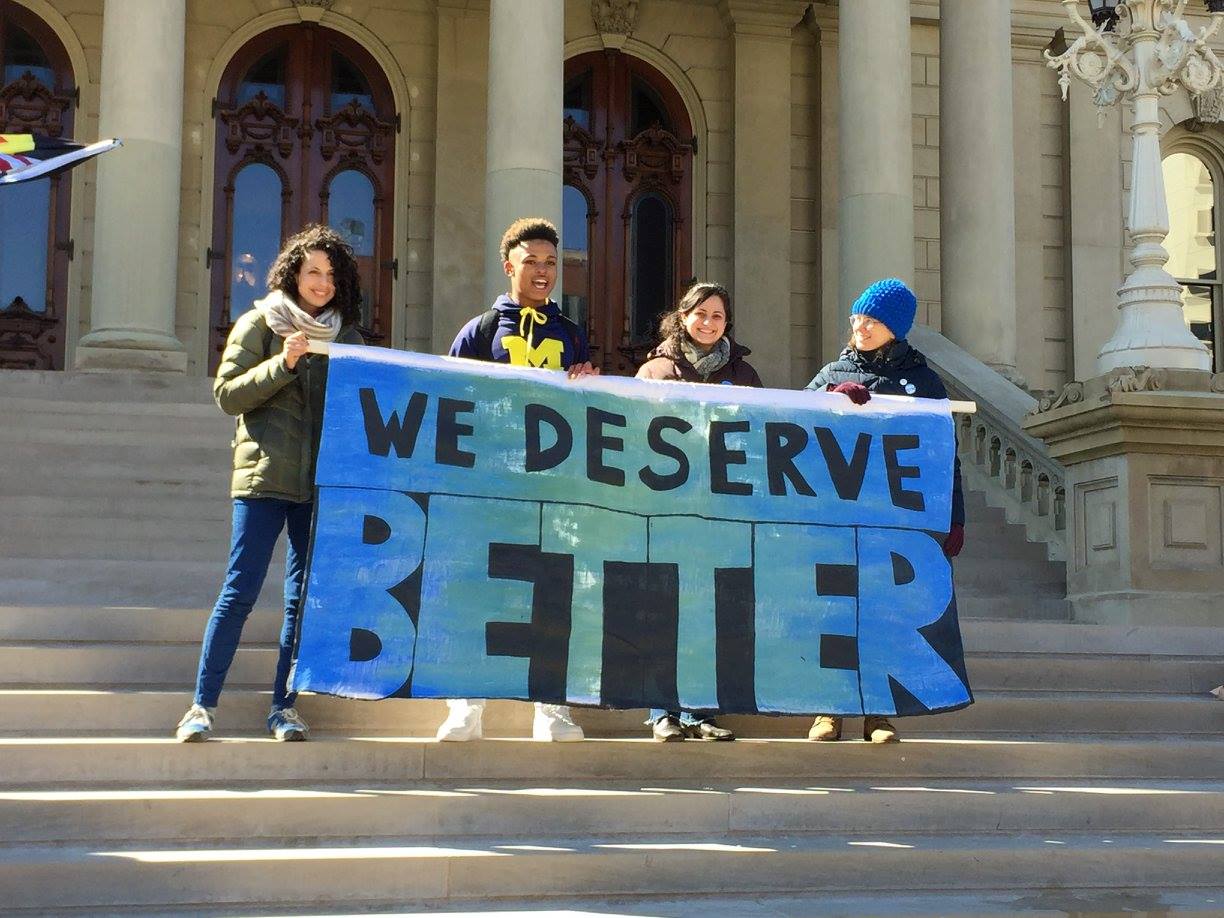