Help DJJ reach our goal of 10,000 text messages by the end of October!

Want to make a real impact in the fight for housing justice in Detroit? DJJ's made a commitment to the Coalition for Property Tax Justice to inform voters about where the candidates for city council stand on the issue.

Why volunteer? The City of Detroit has over taxed Detroit homeowners by over $600 million, causing the largest number of tax foreclosures in U.S. history since the Great Depression.

After educating candidates about the empirical evidence on the property tax foreclosure crisis, the Coalition asked the candidates whether they support:

(2) compensating over taxed Detroiters through a City Ordinance

(3) stopping foreclosures on owner-occupied homes in 2022 due to the continued over assessments.

Here's the report card that reflects their responses: 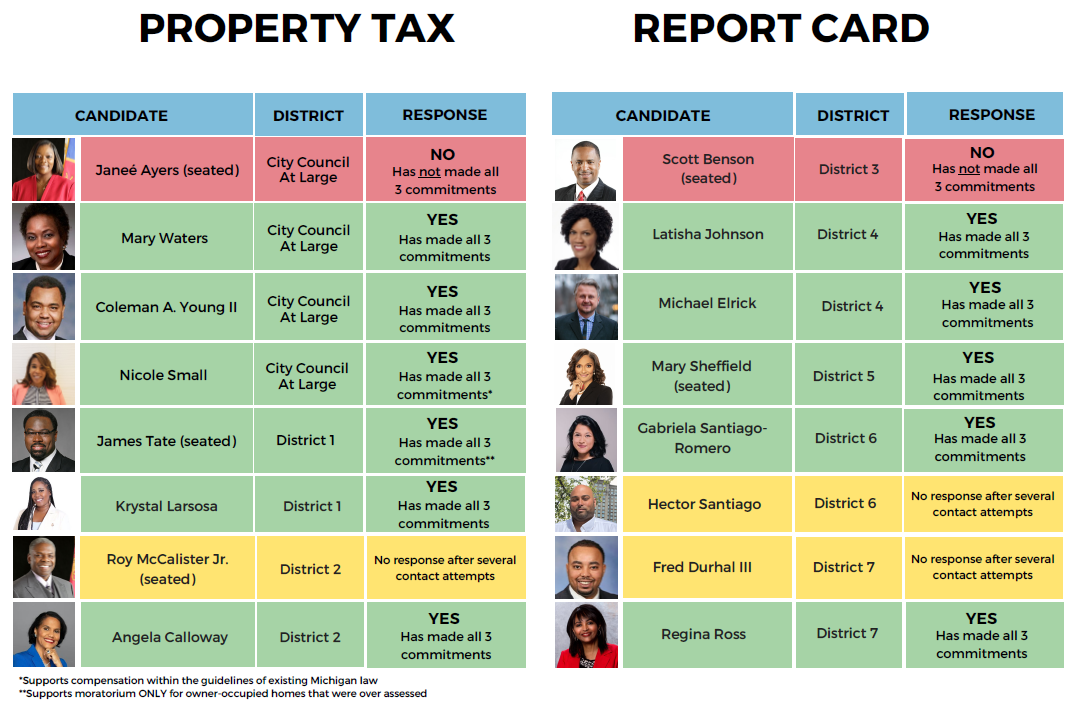 Detroiters deserve to know where their candidates stand!

What will this event entail?

**All you need is a computer with wifi. Your phone number will not be used or shared during the campaign. **