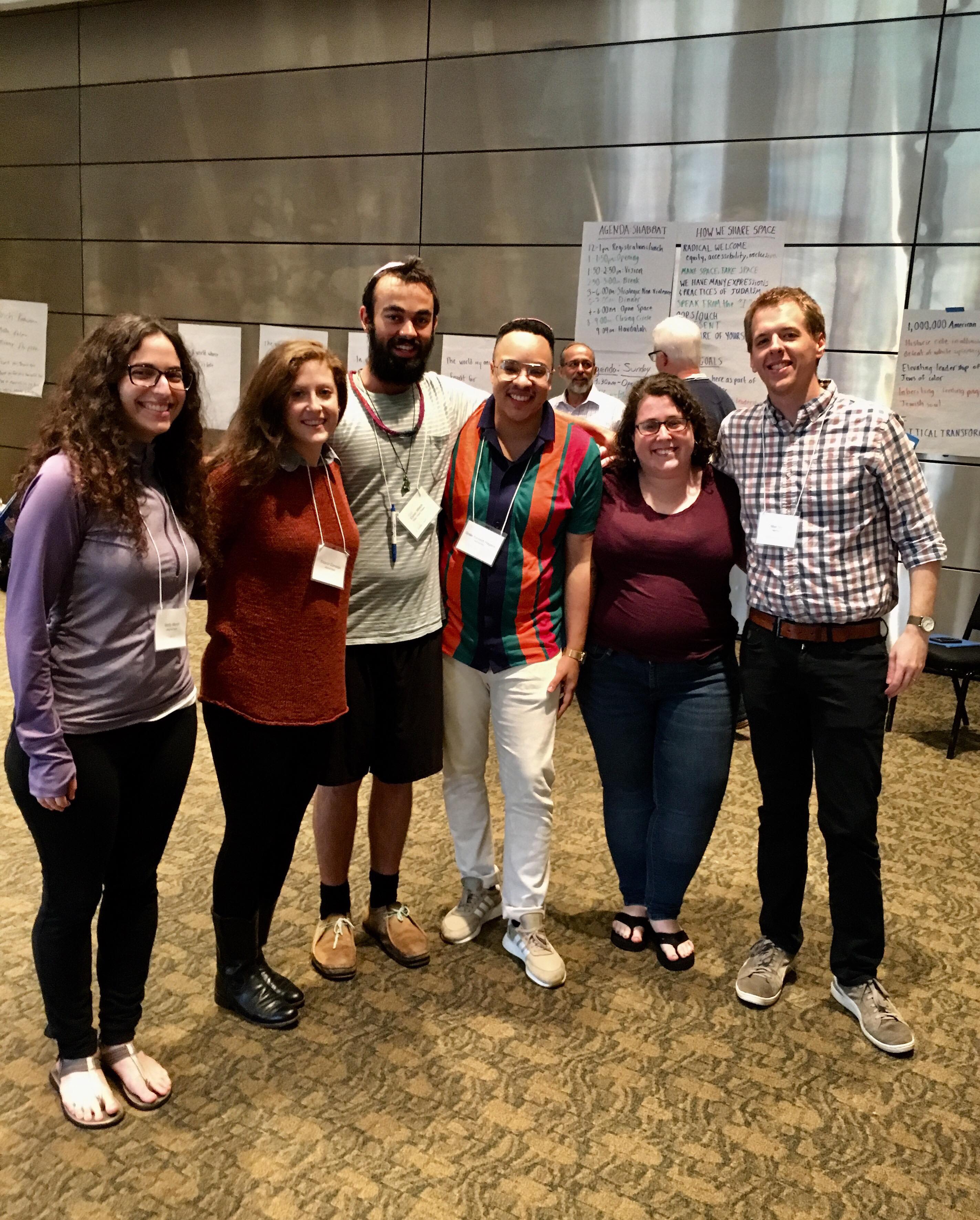 The new year is fast-approaching, and one thing I hope I can be in it, is braver. True, in the approximately one year since involving myself with Detroit Jews for Justice, I have felt my courage growing. Though, I am not yet at a place where I feel comfortable using my privileges for tikkun - healing and rectification - in this world, in some of the ways I wish to.

At left: From left to right: The DJJ crew Molly, Eleanor, Dylan, with Bend the Arc trainers, Graie, Kayla, and Max.

In attendance at one of the Poor People’s Campaign rallies this past June, I entered the room where we gathered before hitting the streets, to learn songs and chants. The energy in that room was something I’ll never forget. Looking around at the throngs of participants, passionately yelling, singing, and dancing, I felt that we were about to raise holy hell. On the steps of the Capitol, I listened to fearless leaders speak vulnerably about the racial and economic injustices they and their communities face at the hands of the state. I got angry, cried freely, and chanted. As the participants risking arrest came to the forefront of the crowd, clergy offered prayers and intentions, and I found myself doing the same, spontaneously. It was the first time in a long time that I had.

While I digested what I had experienced that day, it was clear to me that my heart did not feel the same as it had. It had cracked open, and was being transformed from the inside and outside. I longed to start building the moral courage required to risk arrest, something that I watched comrades do that day, which I wished I could have been a part of, too. When I learned of the opportunity to explore theory and practice of non-violent direct action at Bend the Arc’s Midwest Leadership Gathering, I decided to attend. 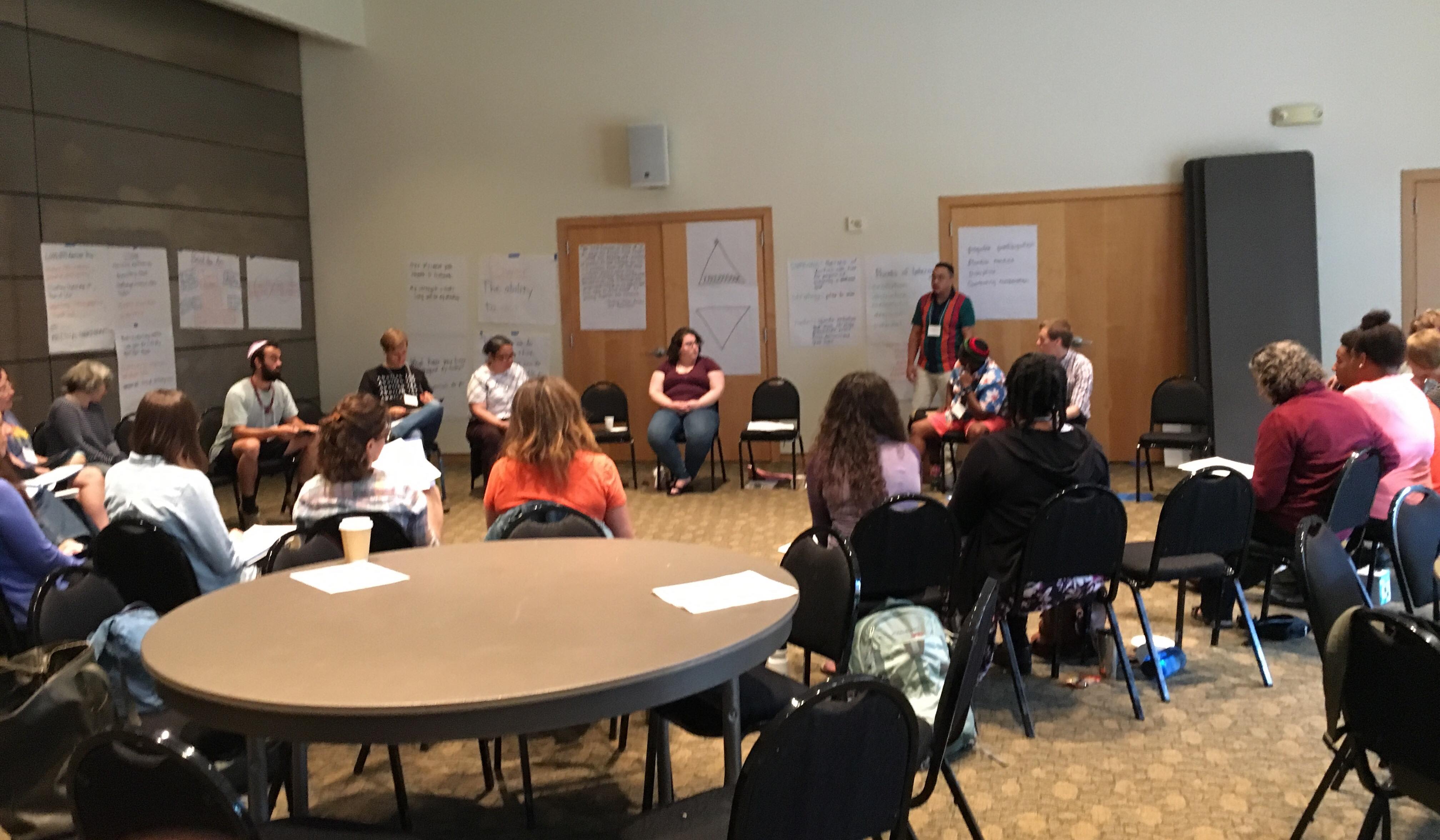 Thanks to the top-notch facilitation skills of our trainers, and the heart, soul, wit, and creativity of my fellow participants, I was constantly engaged, processing, and absorbing all that our jam-packed weekend was. The highlight for me was our 3-hour-long seminar on Shabbat afternoon. As we analyzed Dr. King’s six principles of non-violence, I recognized that even while there were aspects of these that I struggled to get behind, it did not mean that the principles as a whole were invalid, or that they were something I could not or should not ally myself with. Later, we split into small groups and discussed how the Exodus story might have panned out differently had we employed non-violent tactics to bring about collective communal liberation. It was a fun and inspiring exercise which challenged me to think collaboratively and creatively about a story that I had never imagined might have played out any other way. In reality, I hope that the process of planning non-violent direct actions can be as collaborative and communicative as my group experience was.

By Sunday, the intensity and seriousness of what we had all come to learn more about was finally hitting me. My heart pounded as I watched a video of United We Dream activists blocking an intersection, in protest of the existence of ICE, and particularly, of the continued maintenance of an ICE facility in their community. I felt simultaneously terrified that something would go wrong, and amazed by the courage of these activists who had so much to lose. I thought to myself, this is the real deal. If these demonstrators with far less privilege than I, are putting their bodies on the line to effect change, how much more so am I, a person with white access and all the privileges that come along with that, obligated to do this work?

I left the gathering that afternoon feeling more awakened to and confident in non-violent direct action principles, strategies, and tactics, and hungry to put these into action. Along with other DJJ leaders and through the direction of local partners, I am eager to co-create and participate non-violently and directly, in holy hell-raising. Though I have not yet risked arrest, I know that I will, and that I will likely feel scared, but also ready. After all, building moral courage is not about acting from a place of fearlessness, but rather, involves acknowledging that fear, and using it to motivate ourselves to resist. I plan to say the she-hechiyanu prayer, for first times, when that moment comes. In this new year, I bless all of us to continue building our moral courage to resist. Tzedek, tzedek, nirdof! Justice, justice, we will pursue! Justice, justice, we must pursue! 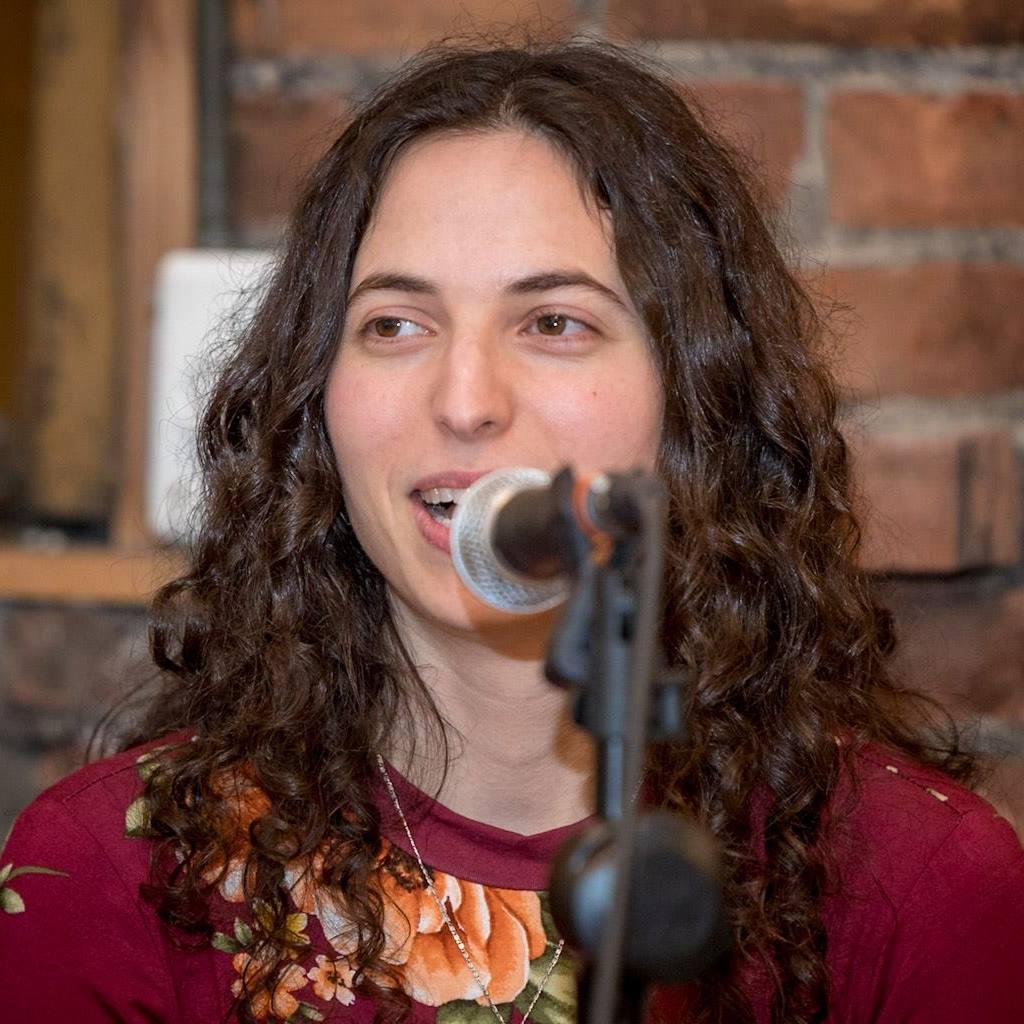 Molly Mardit has been active in DJJ for over a year. A passionate song and prayer leader, she is involved in many Detroit Jewish communities, including Isaac Agree Downtown Synagogue, Congregation T’chiyah and Hazon. Molly is completing her studies at the University of Michigan and lives in Huntington Woods.