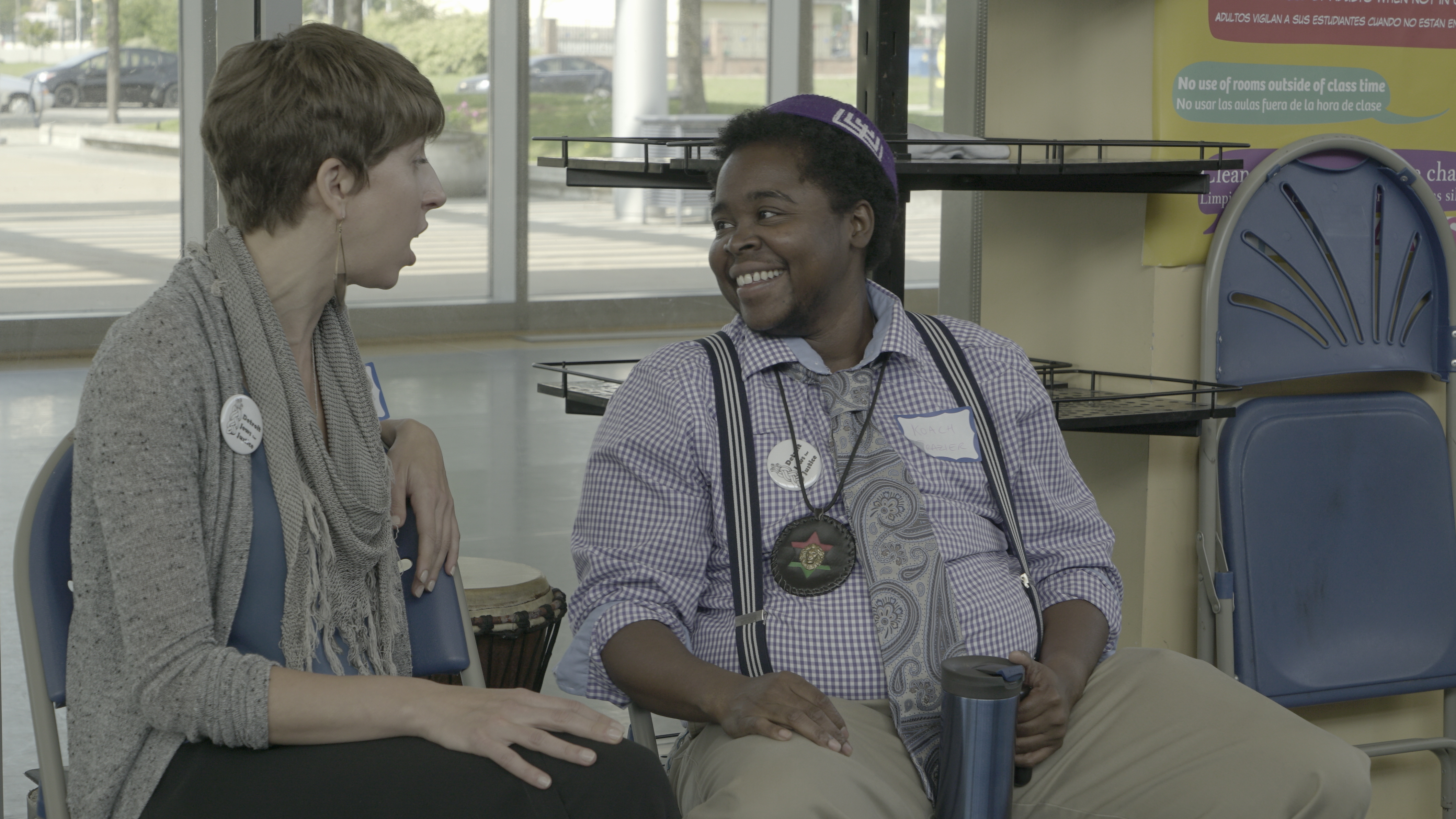 In the second weekend of September, we hosted a series of events with Dove Kent, former director of Jews for Racial and Economic Justice in New York, and Koach Baruch Frazier, a spiritual leader and activist based in St. Louis and Ferguson. Here, Essie shares about her experience in a workshop Dove and Koach facilitated for DJJ leaders.

On September 10, Detroit Jews for Justice hosted a racial justice training called “Practicing Resistance: Jewish Solidarity in Action and Community.” I attended the training hoping to gain some concrete skills related to racial justice and Jewish solidarity. Our incredibly dynamic facilitators, Dove Kent and Koach Baruch Frazier, made sure DJJ leaders left the session not only with such skills but also with a deep-seated sense of understanding, responsibility, and connection to the work. 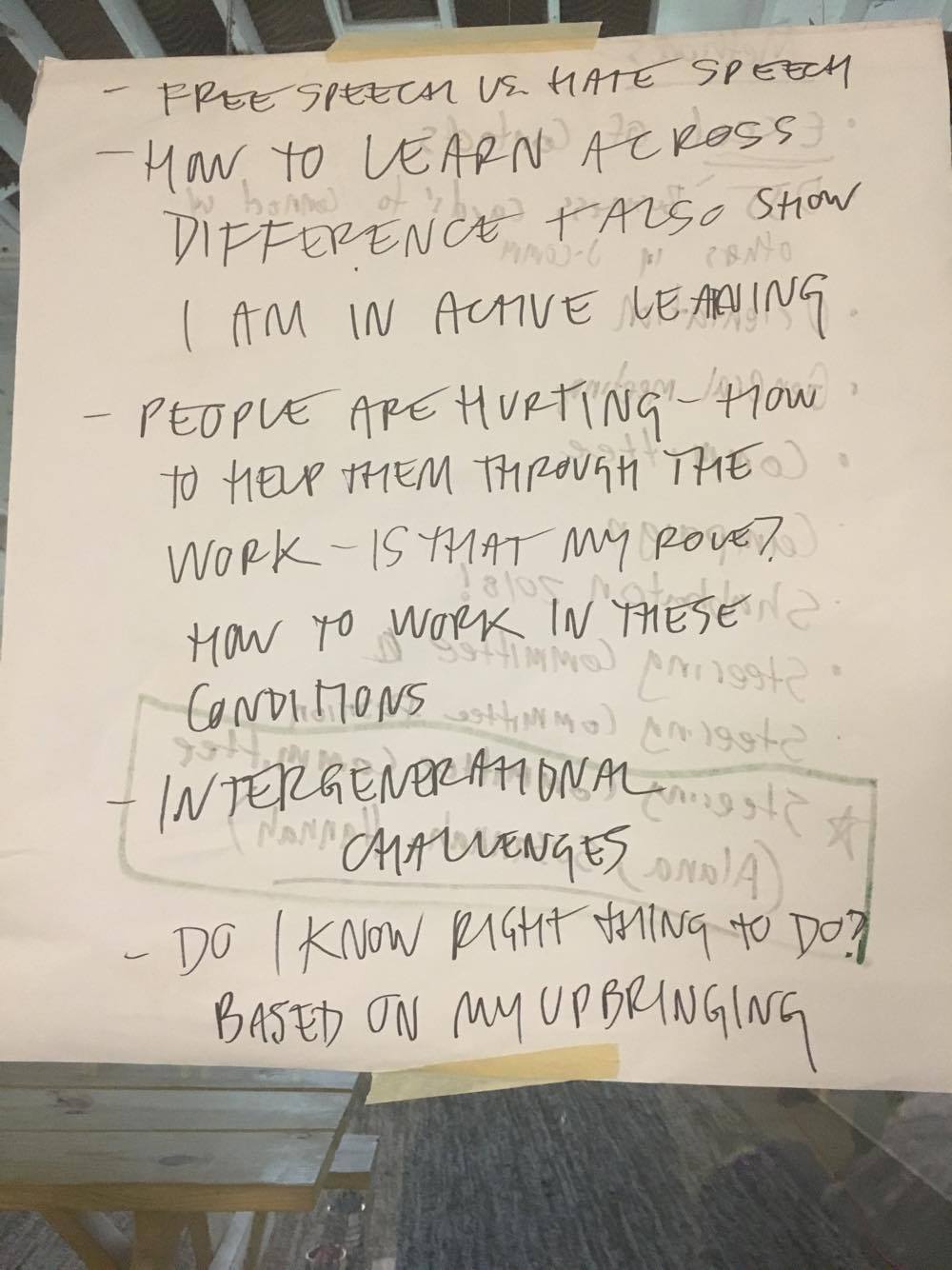 I went into the training feeling overwhelmed by the horrors of the injustice so pervasive in this country right now. As swastikas pop up in my town and anti-Black racism gets more and more blatant and violent, I vaguely recognized that these two oppressions are somehow related. In clear, concrete terms, our facilitators taught us how white supremacy, anti-Semitism, and racism are intimately connected. We examined how minority groups are pitted against each other and how to build solidarity rather than hostility. We critically examined the role of allyship and the power of transformative, rather than transactional, relationships.

Practicing Resistance built a powerful sense of groundedness and connection through group brainstorming, one-on-one conversations, intense active listening exercises, and song. Dove and Koach skillfully guided DJJ leaders through a transformative experience that will fuel us as we continue to fight and heal.

Essie is a second year masters student in the University of Michigan School of Social Work. Essie is also in the Jewish Communal Leadership Program and hopes to pursue a job in Jewish communal service after graduation. 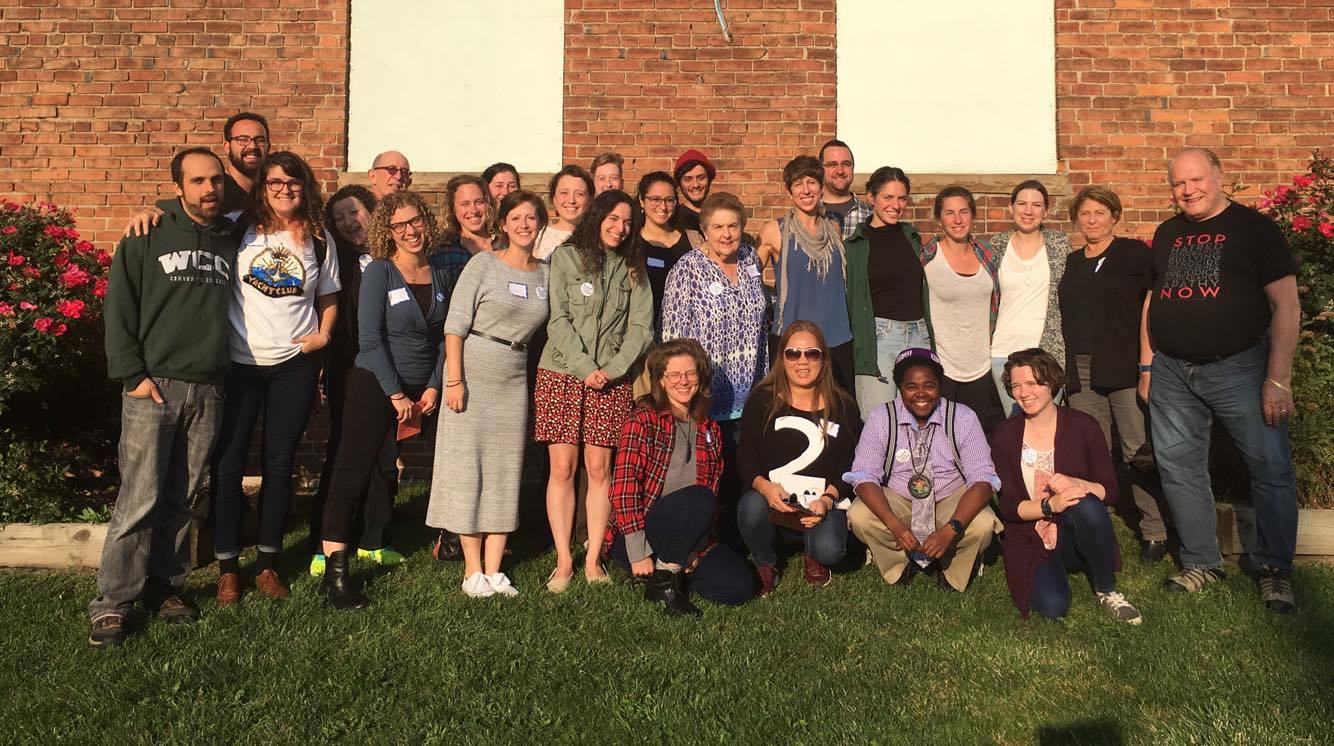