It’s time to hold the Detroit Incinerator accountable for its negligence and abuse. In February 2017, The East Michigan Environmental Action Center, along with a team of other environmental justice groups and concerned citizens, formed a coalition to demand that this dirty institution stop poisoning Detroiters.

Detroit Renewable Power, the corporation that owns and operates the incinerator, accepts trash from surrounding suburbs, other Midwest states, and  Canada to burn in the city, while charging Detroiters ten dollars more per pound than the average other contributor. This inequitable dispersal of financial burden is exacerbated by the physical toll of constantly inhaling toxic garbage fumes in the home and neighborhood. The rate of asthma-related hospitalizations for children in the densely populated community near the incinerator is nearly 5 times the average rate for the State of Michigan. In fact, the Michigan Department of Community Health has labeled Detroit the epicenter of asthma, and many of the pollutants emitted by the incinerator have been found to cause an increase in asthma-related hospitalizations for children.  DRP falls in line with a long legacy of environmental racism in the city- pushing the physical and economic burdens of big, dirty industry onto poorer communities of color in Detroit.

Breathe Free Detroit has been steadily pushing back against the incinerator’s harmful behavior: In March of this year, at an MDEQ meeting discussing the Incinerator’s contract with the city, we packed the room full of folks demanding the the MDEQ hold the incinerator financially accountable for its myriad air violations over the past couple of years. Since then, we formed a research team, a strategy team, and an outreach team and are in the process of developing a multi-layered strategy for confronting this dirty institution. We have a petition demanding Mike Duggan to shut down the incinerator here. We are also currently looking for official organizational endorsements for BFD, which you can find here. Check out DJJ’s official endorsement (woo-hoo!) here. We’re super excited about the potential and momentum of this campaign at the moment, so if you’d like to get involved contact Daniel Hurwitz-Goodman at [email protected]!

Daniel Hurwitz-Goodman is a Detroit native who makes coffee to pay the bills. In his free time, he tries to engage in justice work, which is why he loves Detroit Jews for Justice! Daniel serves as DJJ's liaison to environmental justice issues. 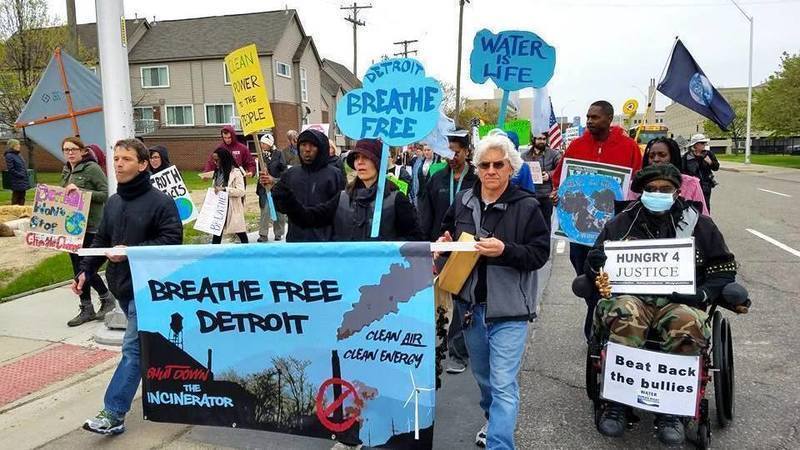