Our endorsement of campaign to shut down the Detroit incinerator

We are pleased to have formally endorsed Breathe Free Detroit, a campaign to shut down the Detroit incinerator. Read more about the incinerator and the campaign below in a statement from BFD. Here are three things you can do to support right now:

The Detroit trash incinerator, a so-called “waste to energy” facility currently owned by Detroit Renewable Power LLC, has been a blight on the Detroit community for almost 30 years. The incinerator, constructed in 1986 and now owned and operated by Detroit Renewable Power, has been a bone of contention with resident Detroiters from the very beginning. And with good reason. It has not been a good neighbor. In the last two years alone, DRP’s incinerator has violated the Clean Air Act 379 times. That’s a violation at least every other day.

Burning waste remains the most carbon-intensive, toxic and expensive form of energy generation. Burning waste releases pollutants that are harmful to health, particularly children’s health. In addition, burning materials that can be reused or recycled creates a “demand for waste” that discourages much needed efforts to conserve resources and protect human health.

While the majority of the waste being burned is coming from communities outside Detroit, Detroit residents bear the heaviest burden of these wasteful practices. Over 7,000 people—including 1,544 children—live within just one mile of the incinerator. The area is also home to numerous schools and a new housing development. Noxious odors interfere with residents’ quality of life in their homes, schools and playgrounds, and hazardous air pollutants contribute to health concerns such as asthma, which is three times higher in Detroit than the national average.

The Breathe Free Detroit campaign aims to protect the health of Detroiters and other communities by shutting down this incinerator and working toward healthier zero waste policies and practices. We support designing products and processes to minimize toxicity and waste, increasing recycling, composting and other more efficient, less polluting alternatives. We also support a just transition for the workers in the facility. 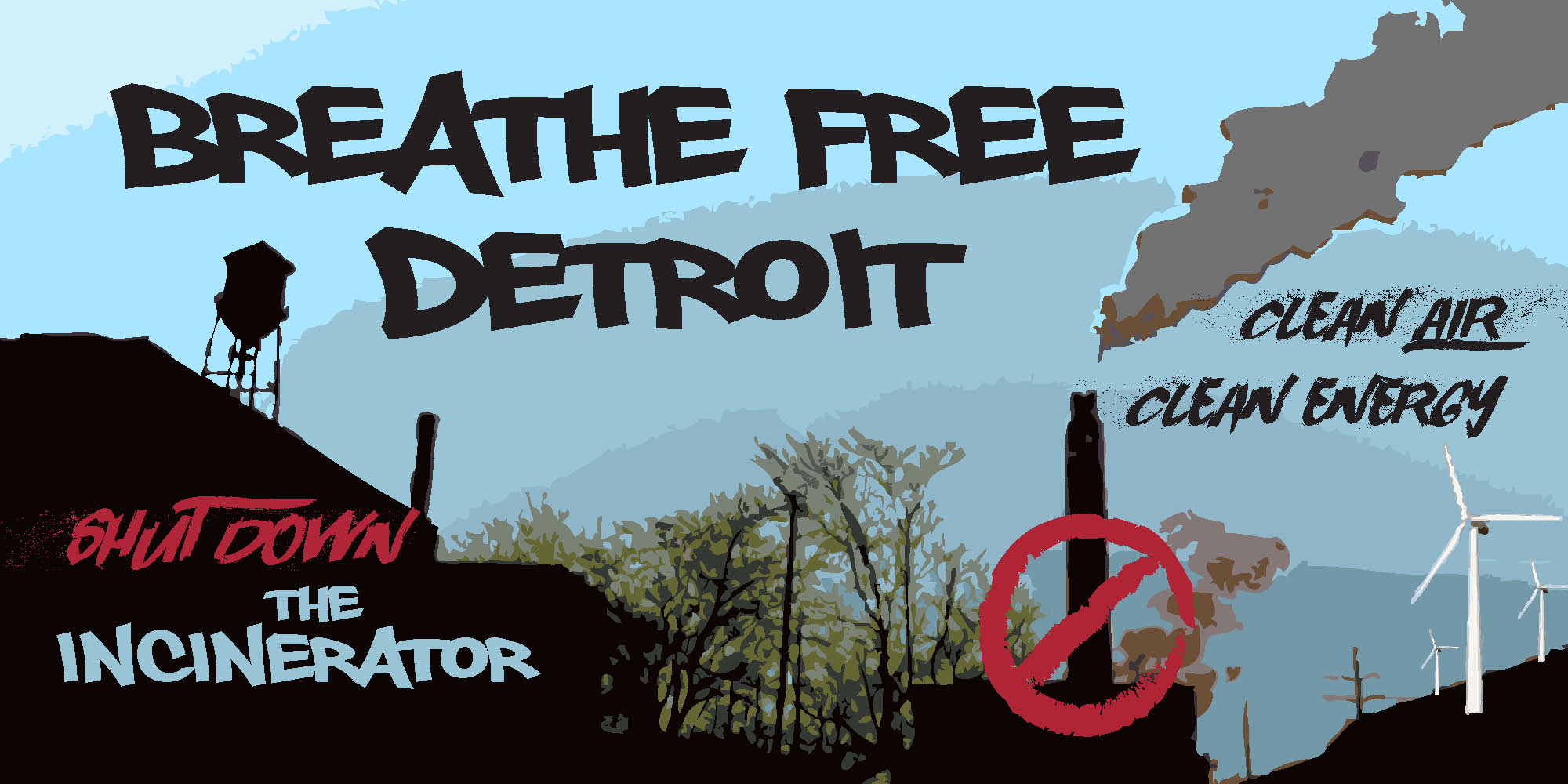