Thank you for choosing solidarity with us.

On Tuesday, we came together as a community in an incredible display of solidarity and power. 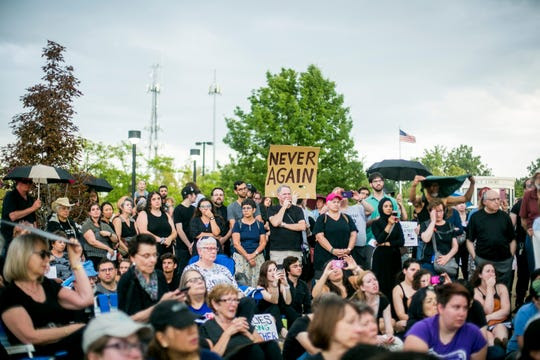 Outside of the Dearborn Police Department, we gathered over 200 people to declare that cooperation with ICE is not in the interest of the people, and that we will not accept DPD's complacency while immigration policies become increasingly oppressive. 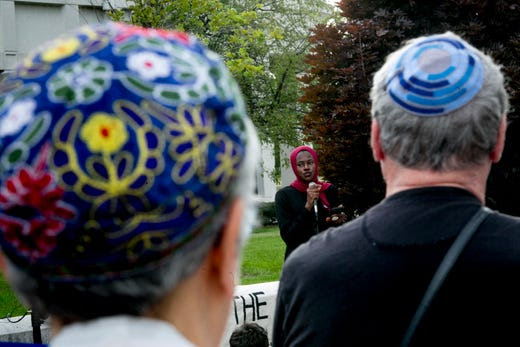 Together, we expressed our grief and disbelief in the shameful practices of those in power.  We gathered faith leaders, activists, congresspeople, and people directly impacted by deportation and detention to demand that DPD stop doing ICE's dirty work. 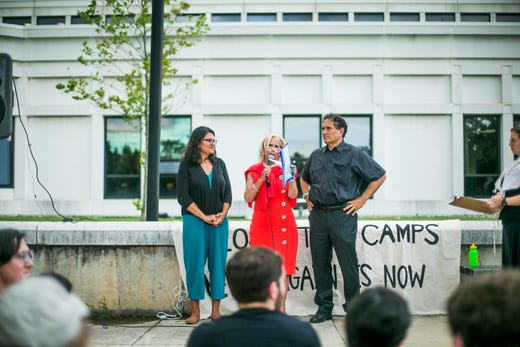 And we got attention. Thank you for being a part of of that.  Let's use the energy and momentum from yesterday to take further action. 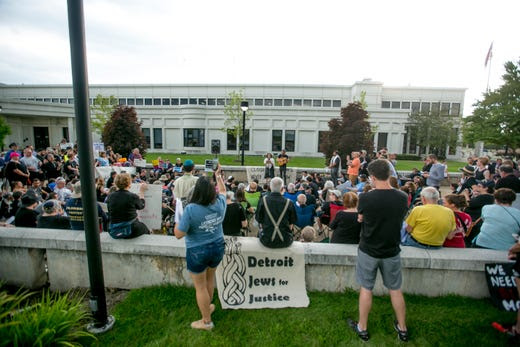 Call the Mayor of Dearborn

Demand that the Dearborn Police Department end their detention contract with ICE.  Cooperating with ICE makes the community less safe and makes Dearborn complicit in the moral disasters of the immigration system.

Get involved with Detroit Jews for Justice

March with DJJ on Labor Day on Monday September 2nd at 9:30 AM

RSVP for the Labor Day March

Join We the People-MI's Fight for Immigrant IDs

Currently, undocumented people in Michigan are not eligible for a state ID or driver's license.  We the People are working in coalition with Cosecha and many other community groups to change legislation around this issue and bring driver's licenses back to the immigrant community.