Last weekend I attended a non-violent direct action training that was put on by If Not Now, Never Again Action, and a new organization called Jews Against White Nationalism.

It was a really cool experience to be in the room with Jewish folks of all ages, from all over the country, some with differing political views who were ready to throw down and acquire new direct action skills together, as the #NewJewishLeft.  It feels hard to summarize all of the things we covered, because there was so much content and so much of it seemed powerful, but below I’ll highlight the parts that stuck with me most:

HOW WE PLAN AND CONCEIVE ACTIONS

Points of intervention:  This was a concept that was explained to us as a way to open up the way we think about planning actions.  So often, we plan our actions at the point of decision- i.e. causing a disruption at the place where the destructive decisions are being made.  We learned that there are tons of other ways to approach direct action by changing the point of intervention. Beautiful trouble has a ton of awesome resources that can help to diversify how and where we demonstrate our power through direct action.  It was a great exercise to think through different issues and all the different ways to demonstrate power at different points in the process.

Tactic, Tone, Setting:  As another exercise to open up the way we plan actions in new, creative ways, we did the tactic, tone, setting activity.  Essentially, there were three piles of note cards. The first pile had a different setting on each card, i.e. grocery story, public library, carnival, the park, etc.  The second pile had a different tactic on each card, i.e. mass disruption, sit in, die in, boycott, rally, political theater etc. The third had different tones on each card, i.e. serious, aggressive, sad, silly, etc.  The challenge was to pick one card from each pile, and to use 5 minutes to plan and act out an action that fits the three criteria. This made for some really interesting action ideas, and challenged me to expand the way I approach what actions can look like.  Also I laughed a lot when I watched a wedding officiated by Mike Pence, to celebrate the union of the republican party and white nationalism. 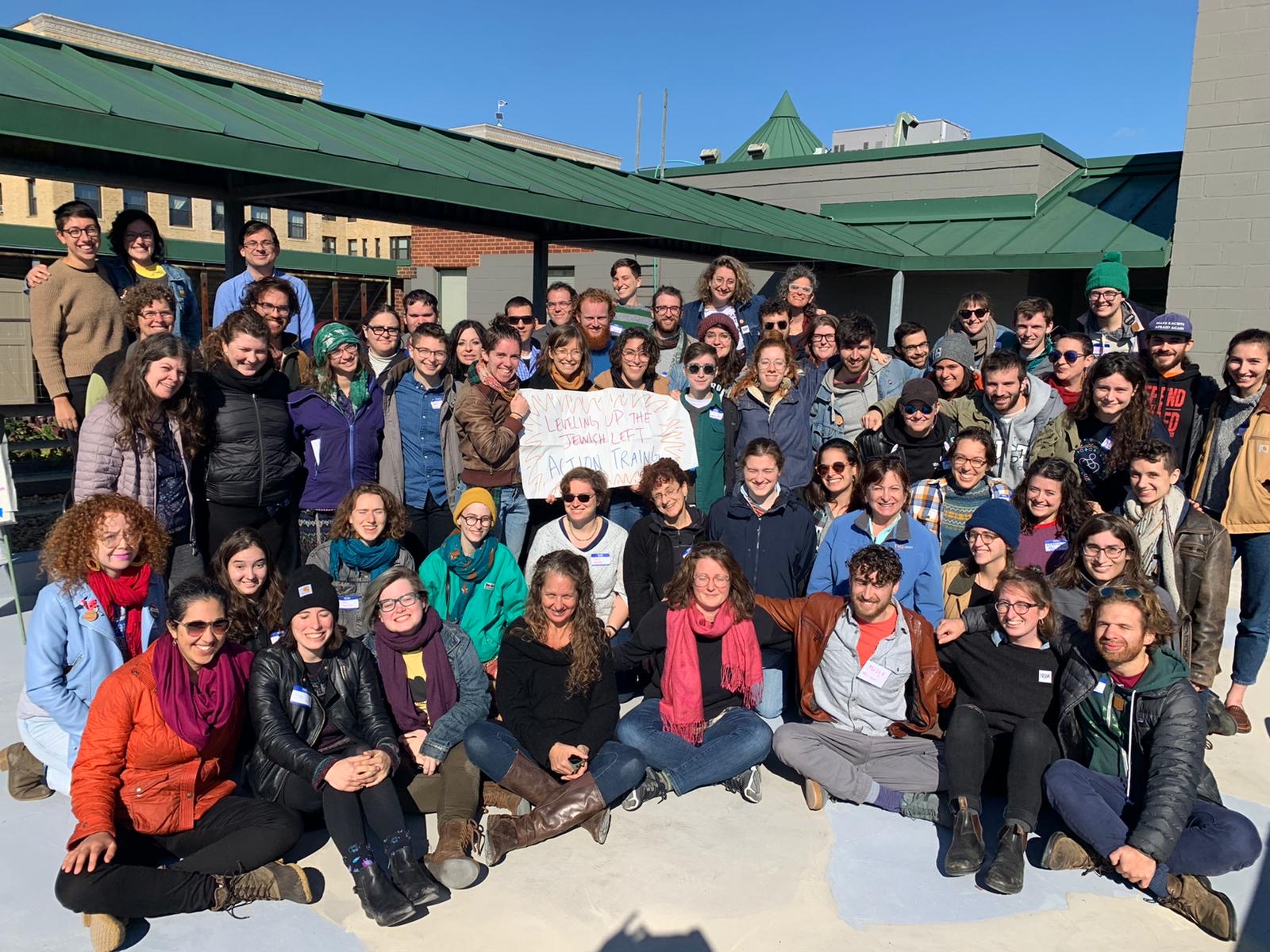 Bonus points if you can find me in this joyful group photo!

HOW WE PHYSICALLY RELATE TO ACTIONS

It was really valuable and also deeply challenging to grapple with *somatics and how our bodies respond to the stress of direct action. The first activity we did was something called Hassle Lines.  This is something that activists used during the civil rights movement to prepare themselves for opposition they may encounter in the context of disruptive actions. It was a vulnerable activity to put myself in the shoes of the opposition, to enact behaviors that I have been on the receiving end of, and to relive those experiences in the presence of unfamiliar folks.  We worked on noticing our body’s responses to the stress of being yelled at, and how we could consciously counteract those responses. We learned that the body’s natural response to stress is to tense up, making us like a “wooden door” and that somatics teaches us that the best way to physically handle stress is to be like a “screen door”, completely relaxed and breathing, allowing the stress to pass right through us.

*Somatics: a field within bodywork and movement studies which emphasizes internal physical perception and experience.

The other major take away I got from the training was diving into the crucial roles that need to be held in order to plan a safe, effective action.  We learned about Marshalling, Police Liaising, and jail support. All of these areas have very different, very specific tasks attached to them that can be different depending on where the actions are happening.  I dove deeply into communication with police, and support for folks who are getting arrested, and found that there’s a wealth of help and resources on Act Up’s website. Check out the action guides here.

On my flight home from D.C.  I reflected on the weekend and realized just how many relationships I built, how much knowlege I gained, and how many resources I was able to take away and share with my community.  I'm feeling more grateful than ever for the role I get to play at DJJ, the things I get to learn, and the ways I can make myself an asset to the movement.