Hiya DJJ Fam! My name is Solomon (he/him), and I am straight up elated to be DJJ’s new Organizer for Fundraising and Communications.

I grew up in Brooklyn, and grew up politically during undergrad at U-M Ann Arbor, where I was deeply involved in the organizing scene. I spent most of my time with the Climate Action Movement at U-M, running our fossil fuel divestment campaign, producing propaganda, and supporting different organizational coalitions. I also spent time in a variety of Jewish leftist organizations, did statewide electoral work, and wrote for the Michigan Daily. After graduating into #PandemicLand, I had a luxurious early-twenties wandering era. I worked in food service, childcare, and emergency medical care; lived in tents and big apartment buildings; tried to sit in and sort through the contradictions of my life and this world. 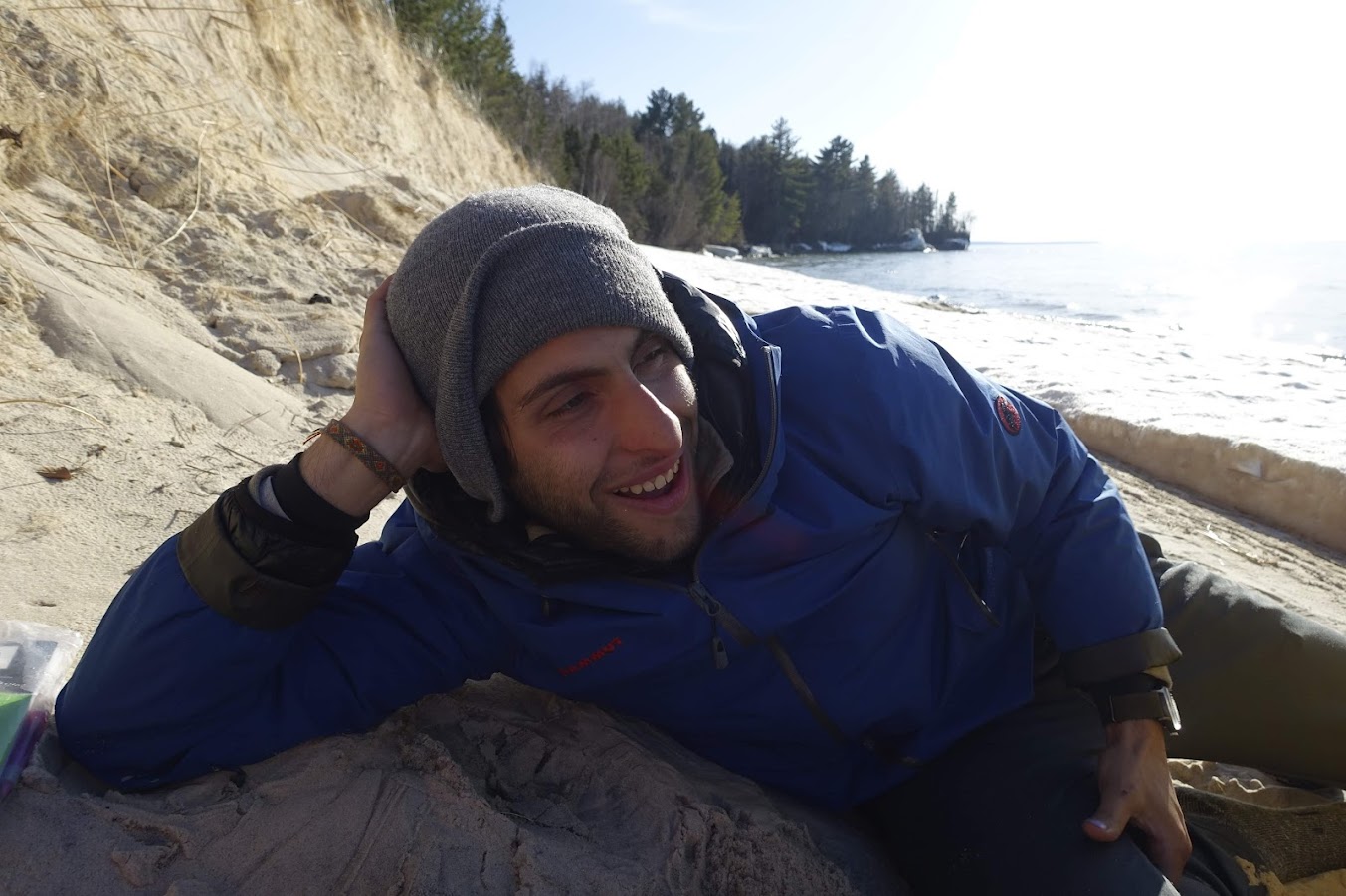 But as Belle and Sebastian (my favorite band) write, ‘My Wandering Days are Over,’ and those wanderings have led me here—to Detroit and DJJ! This phase feels like a new return—familiar life foundations (SE Michigan, Jewish community, organizing ecosystems), but an entirely new crop of people and histories to learn from. I have felt so moved by the welcome I have already received, and there has to be more where that came from. To that end, I am excited to get to know literally** as many of you as working hours allow in the months to come. Together, I know we can make DJJ’s work not only possible, but easeful—giving our organization the opportunity and capacity to deepen our commitment to collective liberation here in Detroit.