Artists Speak to Why “Water is Life”

On Thursday, July 14, an event at the Arab American National Museum of Dearborn educating about water injustice in Detroit boasted a full house. In “Artists Speak: Water is Life,” local artists and activists presented their work and participated in a panel discussion moderated by Martina Guzman about water as a basic but often denied human right, sharing stories, visual art, poetry, and research.

The event began with a choral performance from the Flowtown Revue, featuring members of the People’s Water Board Coalition (PWBC). Performers marched down the middle aisle and onto the elevated stage, singing, “Stop! Shutting water off, before you kill us all” -- to the tune of “Stop! In the Name of Love” by the Supremes, along with other dark Motown covers. The PWBC, a coalition of three dozen Southeast Michigan organizations including DJJ, advocates for water affordability and for the restoration of services to those who have had their water shut off.

Other presenters included Syrian visual artist Nada Odeh. Odeh’s acrylic paintings prominently feature Syrian refugees, for whom water can be a luxury. One of Odeh’s collections, “Royalty Refugee Camps,” dwells on the imaginings of refugee children, on thoughts saturated with yearning for residential security and play space. The simplicity of the children’s depicted daydreams resembled the plainness and clarity of the night’s message: every human being is entitled to clean drinking water. Activists Kim Redigan and Sacramento Knoxx also shared moving poetry and speeches. 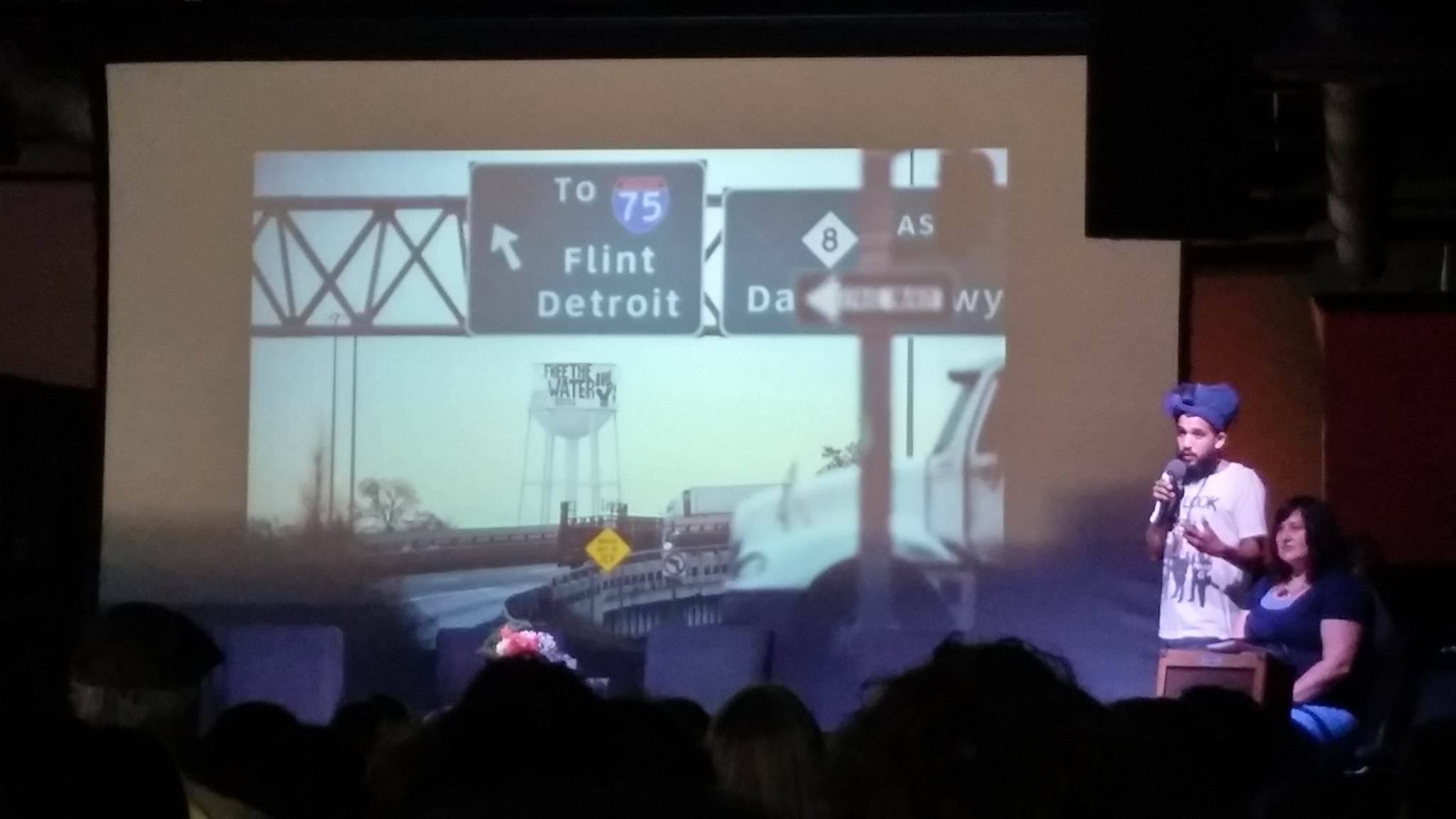 Antonio Rafael-Xicano made a compelling defense of the thousands of Detroit residents who cannot pay monthly water bills, exposing the stubborn blindness of the “pay your bills or pay the consequences” mantra. In a visual media presentation, Rafael-Xicano shared footage of a Detroit Water and Sewerage Department employee attempting to interrupt water flow to the house of a pregnant woman. When Rafael-Xicano and several young neighbors blocked his way, an indifferent police arrived at the scene, telling the group to bring concerns to Mayor Mike Duggan.

Footage of a town hall meeting held later that day showed Duggan scornfully dismissing a series of relevant complaints. Though Duggan was quick to blame homeowners for financial irresponsibility, Rafael-Xicano identified a different culprit: the privatization of city water. Water rates have increased by nearly 120 percent in the last decade in what amounts to state-sanctioned theft, with businesses and government-owned properties receiving special exemption from water shutoffs—despite owing nearly twice as much in dues as residences. Ironically, it is Rafael-Xicano who faces felony charges for creating consciousness-raising public art. (Learn more about the case of Antonio and his artistic collaborator William Lucka here.) 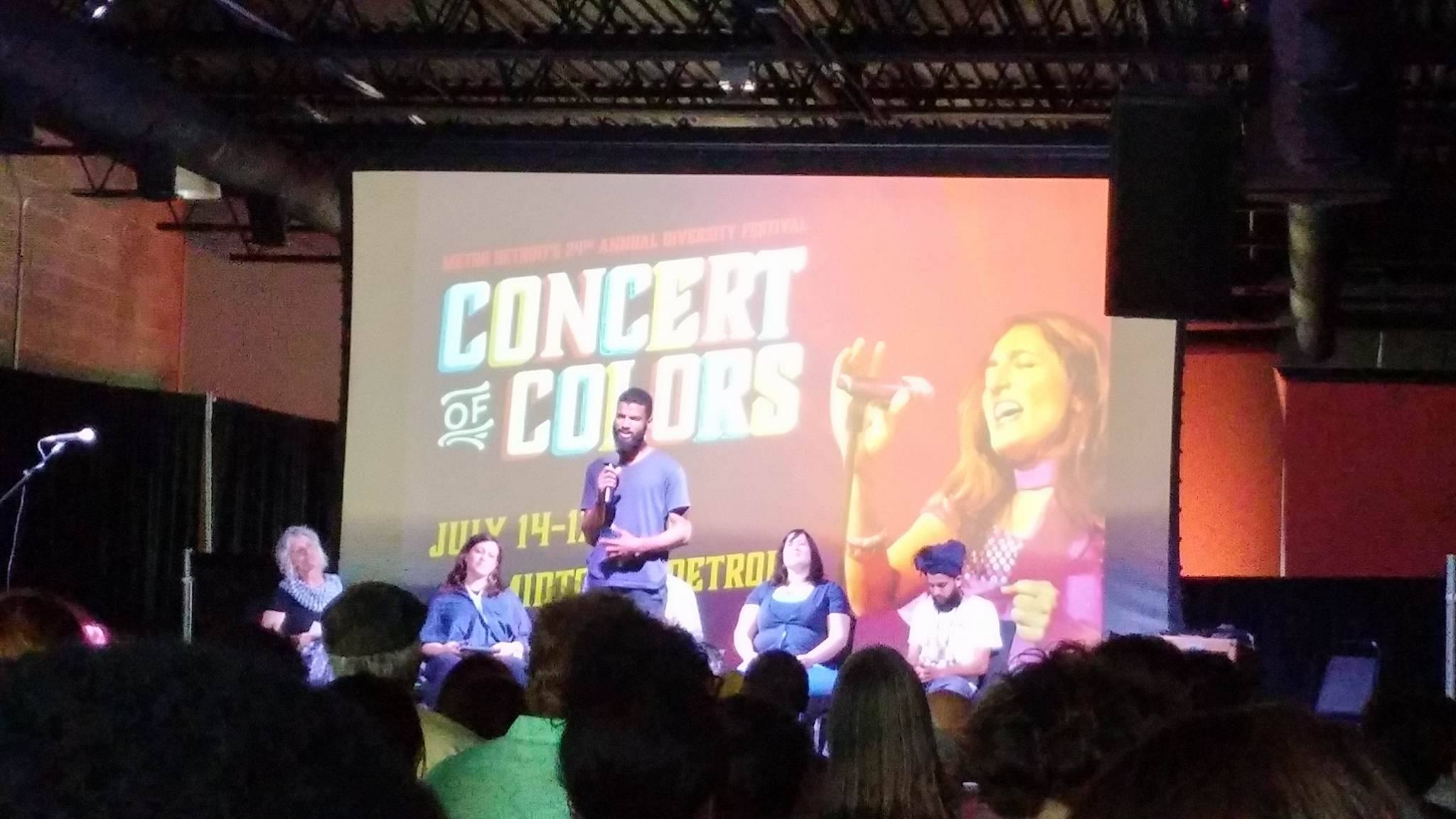 Garden designer, organizer and artist Naim Edwards shared a resonant story about finishing his graduate degree and arriving in Detroit a bushy-tailed idealist bent on achieving immediate social change through gardening projects. He soon came to the sobering realization that people “aren’t interested in guys waving around organic kale on the side of the road—there are more urgent concerns.”

Above: Naim Edwards speaks to his perspective on fighting for water justice.

Edwards’ experience emphasizes the importance of hearing and heeding the voices of those marginalized by unfair policies. Metro-Detroiters can support their neighbors hurt by water and environmental injustice by signing petitions, encouraging lawmakers to pass measures such as the Water Affordability Program, donating to rights organizations, and educating themselves and others in their communities.

On August 14, an event hosted by We the People of Detroit will celebrate the publication of “Mapping the Water Crisis,” a body of work providing statistical and visual information concerning the water system, land use, and education. Learn more and RSVP here.

Click below to see Antonio's comments and a word from our friend Monica Lewis-Patrick of We the People of Detroit on the importance of academic research on shutoffs. 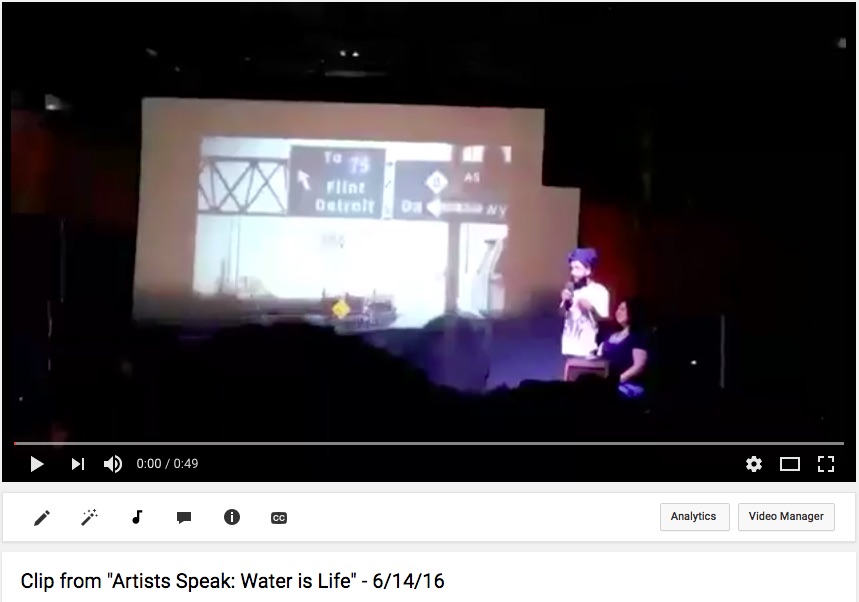 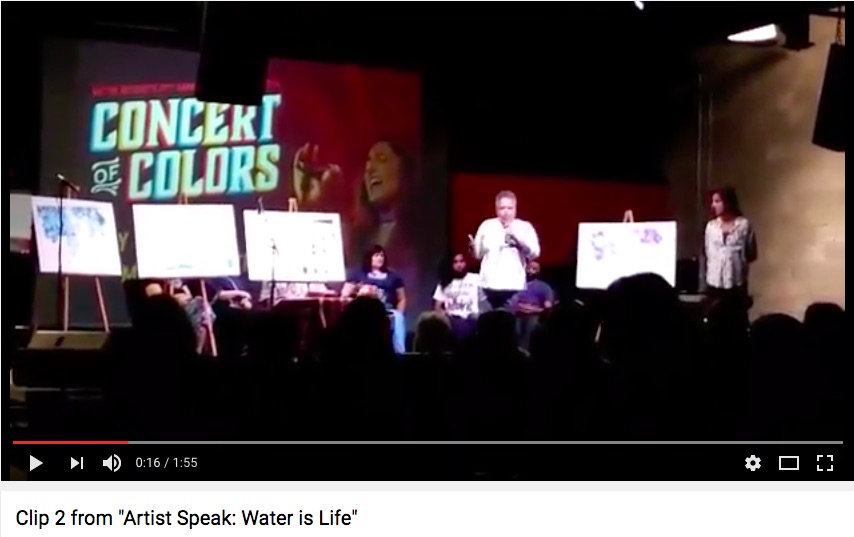 Talia Schechet is a rising sophomore at Yale University. She is from Southfield, MI and attended Frankel Jewish Academy in West Bloomfield. She recently learned about DJJ and is excited to get more involved!