Tu B'Shvat, the new year for trees, begins this Sunday night. Shevat is the name of the Hebrew month it falls in, while “Tu” means 15, so it really means the 15th of Shevat. The Talmud explains that Tu B’Shvat was chosen as this new year because it is the point by which most of the winter rains would have already fallen. The original purpose of this new year was just to mark Tu B'Shvat as the beginning of the tax year for anything related to fruit trees. For example, if a tree begins to flower before Tu B'shevat, it is tithed with the other produce of the previous year (exciting, right?).

As time went on, Tu B'Shvat gained additional levels of symbolism and significance.  The Kabbalists of Safed in the sixteenth century made Tu B'Shvat even more important, even creating a Seder centralized around four cups of wine and many types of fruit. Over the past few decades, Tu B’Shvat has become known for celebrating trees and the environment.

Beyond that, a talmudic story about a fruit tree suggest additional messages regarding both environmental justice and the pursuit of justice as a whole.

The Talmud (Ta’anit 23a) tells the story about the early rabbinic sage Choni the Circle Maker (he’s called “Circle Maker” because, when he prays for rain, he draws a circle around himself, telling God that he won’t leave it until it rains). Choni comes across a man planting a carob tree and asks him how long it takes for a carob tree to grow and bear fruit. 70 years, he replies. Choni then asks him if he really thinks he’ll live long enough to enjoy it. The man responds that it doesn’t matter! His parents and grandparents grew trees for him to enjoy, so of course he will plant for his children and grandchildren too.

Soon afterwards, Choni eats and lies down to sleep. Somehow, he sleeps for 70 years (yes, Choni comes centuries before Rip van Winkle). When he wakes up, he walks over to that same carob tree, and he sees a man gathering carobs. Choni asks him whether he’s the same man who planted it. He responds that he is actually the man’s grandson. Choni then realizes that he had been sleeping for a very long time. Unfortunately, the story ends tragically when Choni discovers that his 70 year time jump has left him bereft of friends and companionship.

This Talmudic legend is loaded with meaning, but the image that stands out most is that of the carob tree. The man in the story plants it not for himself, but for future generations to enjoy. 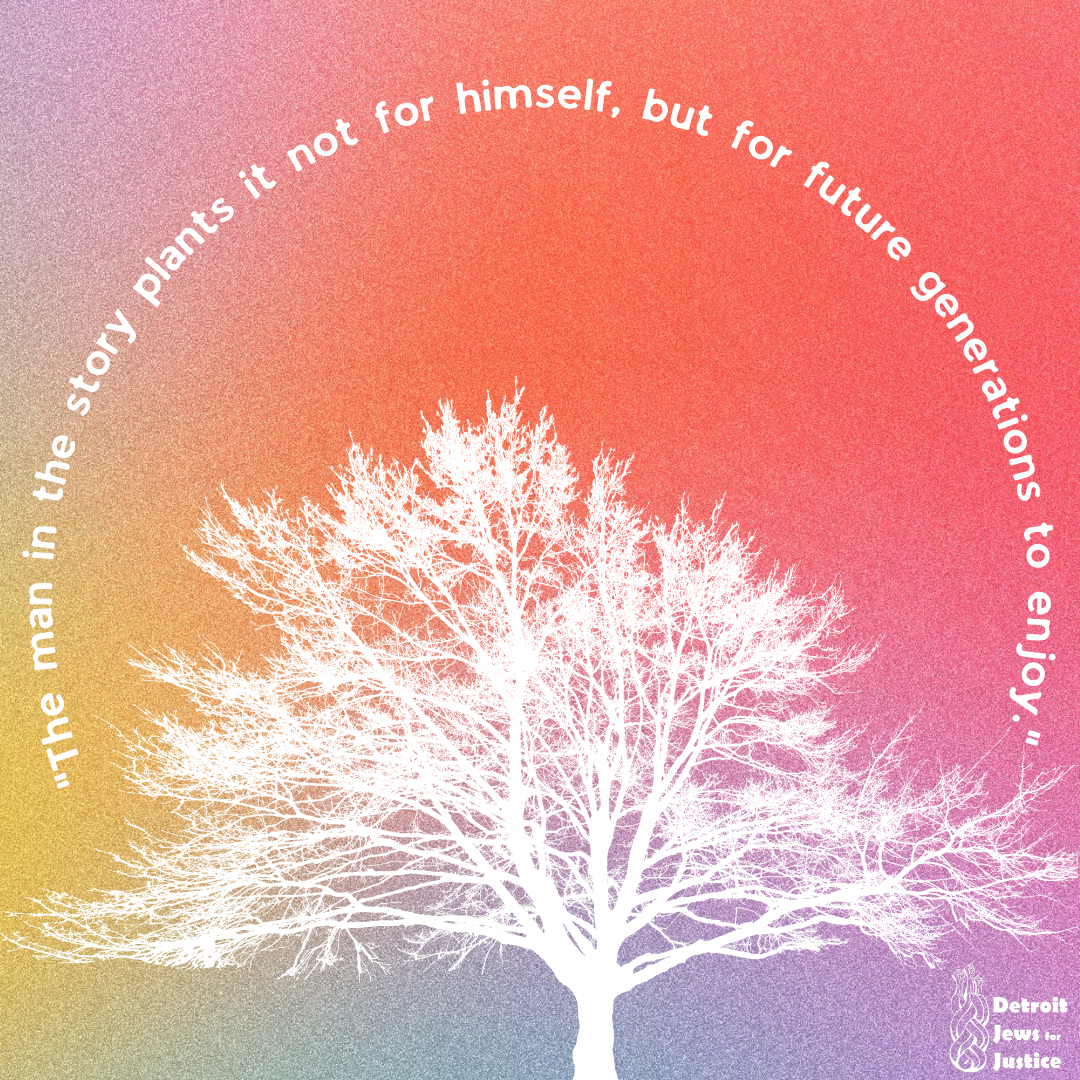 The carob tree not only outlasts the man, it even outlasts Choni. It thus serves as a lesson to Choni to work towards creating a better world, even when we won’t be able to eat its fruits ourselves.

This is certainly not to suggest patience and moderation in the path towards justice (like the white moderates who frustrated Dr. King). Instead, the story reminds us that we need to act even if and when it is likely that we won’t see the difference we’ve made for decades. Even if we cannot eat the carobs ourselves, future generations will be thankful for the carob seeds we’ve planted many years before them.

The message of the tree is also important in light of yesterday’s attack on Congregation Beth Israel in Colleyville, Texas. According to the prophet Isaiah, G-d declares that “the days of My people will be like a tree,” promising further that they won’t bear children “for terror.” Similarly, the Talmud compares the Jewish people to an olive tree. Just as the leaves of an olive tree never fall off, the Jewish people will never be wiped out.

While we seek to live free of terror, it cannot be at the cost of our solidarity with other marginalized people. It is only when we work together for justice that our existence as a people is most meaningful. Doing so attaches us to another eternal tree, that of the Torah: “It is a tree of life for all who embrace it.” 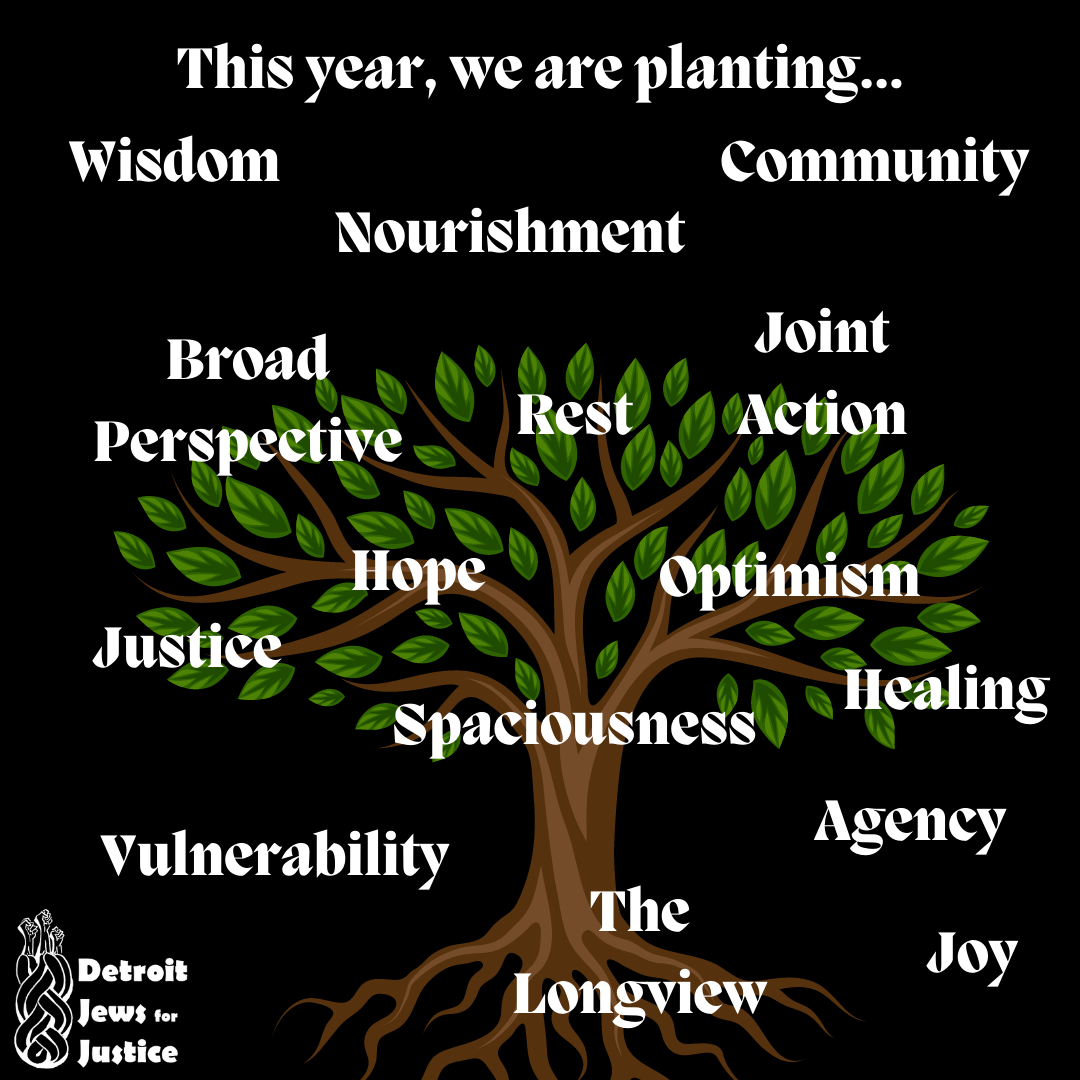