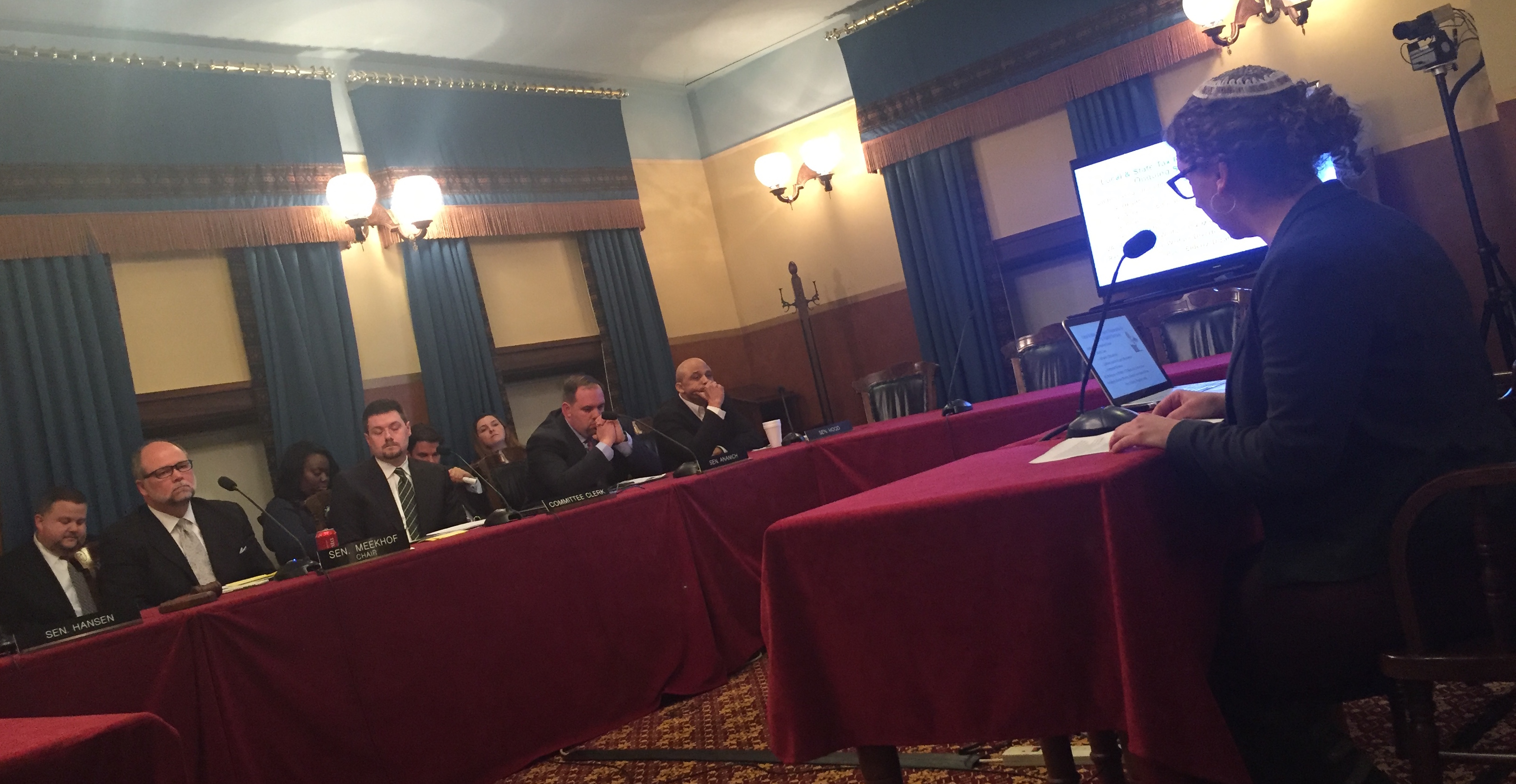 During the Second World War, polls showed that the majority of Americans did not want to accept refugees, and indeed, the U.S. significantly limited entrance of Jewish refugees. Replace “terrorist” with “Communist”, “diseased”, “Kikes” and we see eerily similar resistance to the largest refugee crisis since that war. Bigotry has found another cover and another excuse. I am so disappointed to see Governor Snyder fan these flames, an act that calls into question the sincerity of his commitment to Holocaust remembrance. His gesture is only meaningful if it is backed by policy to accept as many refugees as quickly as we can. I see such proclamations, though rarely direct, as part of repentance for Jewish refugees that were turned away from the U.S and sent back to die.

Medieval philosopher Moses Maimonides lays out several steps in process of repentance. We have to stop the bad behavior, feel regret, verbalize that regret, and set an intention not to go astray again. But, Maimonides says, “Teshuva” or repentance is never complete until you have the opportunity to try again -- we must be faced with the same situation and make a different choice. This is your chance.

In December, there was a major Rabbinic letter in support of welcoming refugees to the United States, which was signed by over 1000 rabbis.  It reads, “In 1939, our country could not tell the difference between an actual enemy and the victims of an enemy. In 2015, let us not make the same mistake.

We therefore urge our elected officials to support refugee resettlement and to oppose any measures that would actually or effectively halt resettlement or prohibit or restrict funding for any groups of refugees.” The letter was signed by more than 20 rabbis in Michigan.

Many major Jewish organizations have been outspoken about their support for welcoming refugees to the United States. It is an issue on which there is mainstream consensus.  Those organizations include the Union for Reform Judaism, the Anti-Defamation League, the Orthodox Union, the National Council of Jewish Women, the US Holocaust Memorial Museum and many others. I am confident that many of your constituents would be appalled to learn of the grandstanding and fear-mongering a YES vote on this bill represents.

On a personal level, I feel committed to this issue because of what my people suffered. I am expressing that commitment by signing up to host a refugee family when they arrive in Detroit. I am doing what is within my means to do. I ask that you do what is within your means to do.