Rabbi Alana at the SEIU Convention!

That one time that Rabbi Alana blessed 3000 union members....

In May, she gave the opening invocation at the Service Employees International Union convention at Cobo Hall! She was so honored to represent justice-seeking Jews and show our support for the labor movement. 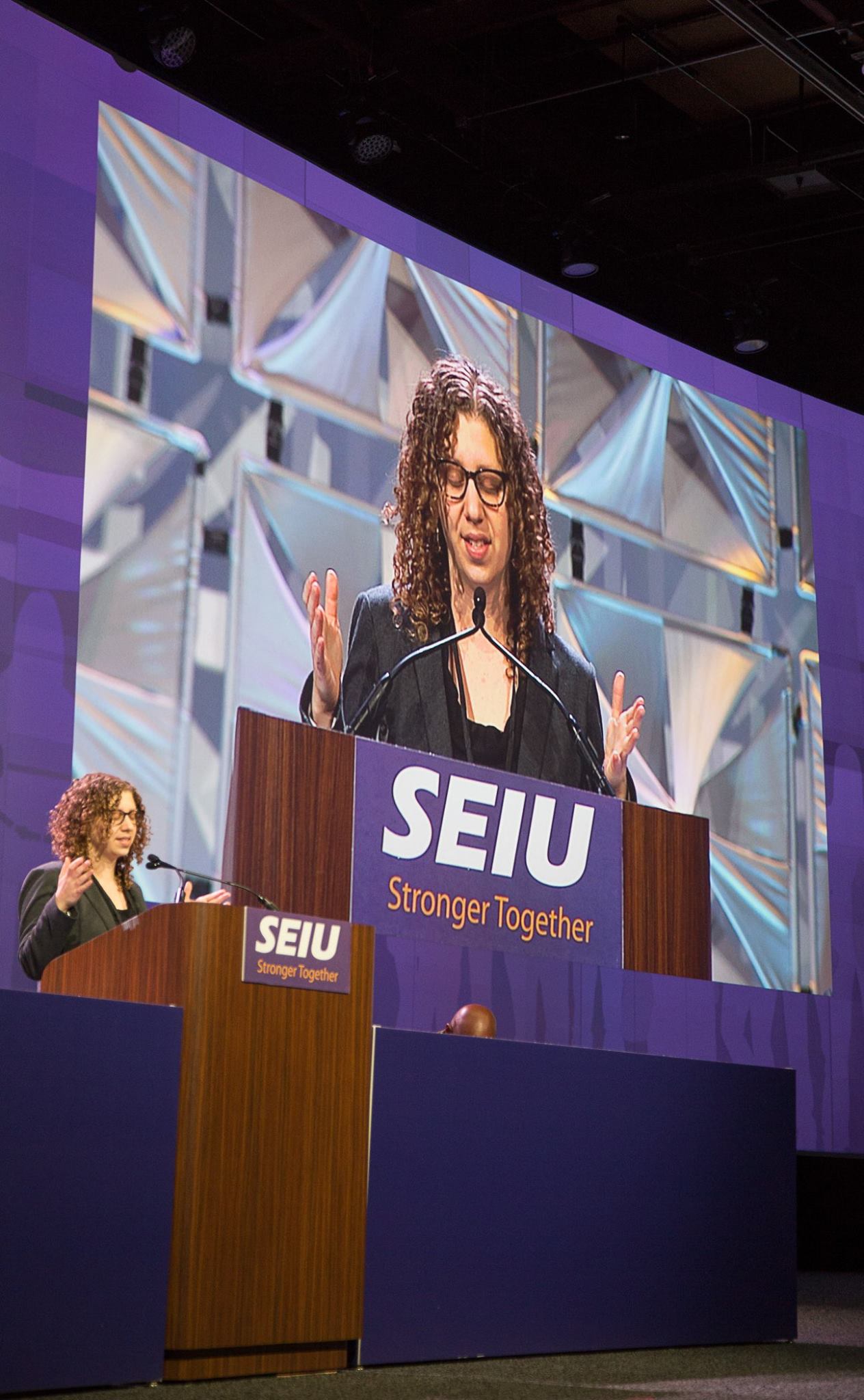 This year, the SEIU celebrated their progress toward a Vision for a Just Society created at the last convention in Denver in 2012. In this vision, all work is valued, all people respected, all families and communities thrive, and we leave a better and more equal world for generations to come.

As a core DJJ'nik and member of Congregation T'chiyah, Andy Levin is kvelling! "As a Jewish boy who started organizing nursing home workers out of college for SEIU - who has been supporter of the union's work for so long - it is such a thrill to have my rabbi give the invocation at the SEIU convention. It only happens every four years -- that's a really big deal!" says Andy.

One reason the Rabbi received this honor is DJJ's partnership with D15, our local fast food workers' fight for $15 minimum wage and a union. True to Jewish organizing form, Rabbi Alana reflected on the mezuzah in her remarks: "The mezuzah is a paradox. It forces us to notice separation and transition, and yet, inside is the Shema -- a meditation on one-ness. I offered a prayer that, though they would be dispersing soon, members would remember the connectedness of their various struggles. That the struggle of the janitor is the same as that of the caregiver is that same of that as the fast food worker."

Rabbi Alana was also proud to share the stage with Mary Kay Henry, president of SEIU, who grew up in Troy! A proud day for DJJ and Union Town!