All month DJJniks have been busily planning our 4th Annual Purim Extravaganza, and while doing so we've gotten a few, "What's a Purim?"

Jake Ehrlich & Roz Schindler collaborated on this blog to address the question and in the process, they even answered a different one, "What's justice-y about Purim?

Purim celebrates the story of how a Jewish woman named Esther saves the Jews of Persia from a genocidal plot proposed by the wicked vizier Haman (boo!) and approved by the bumbling King Achashverosh. The leader of the Jews at that time was a Shushanite resident named Mordechai. He had a cousin, Esther, who was orphaned as a young girl. Mordechai raised her and treated her as a daughter.

This story, which is fundamentally a story of the triumph of oppressed people over the machinations of a hateful and/or apathetic state apparatus, has been told and retold through the centuries in ways that invoke and parody the struggles of the day. This year, DJJ is doing our annual Purim shpiel (play). There is a sense of collective catharsis, cohesion and power that comes from putting down the opposition and dramatizing the ascent of the “good guys.” Through our revelry, we cultivate resilience, and enact the triumph that we so long for. RSVP at www.detroitjewsforjustice.org/purim2019 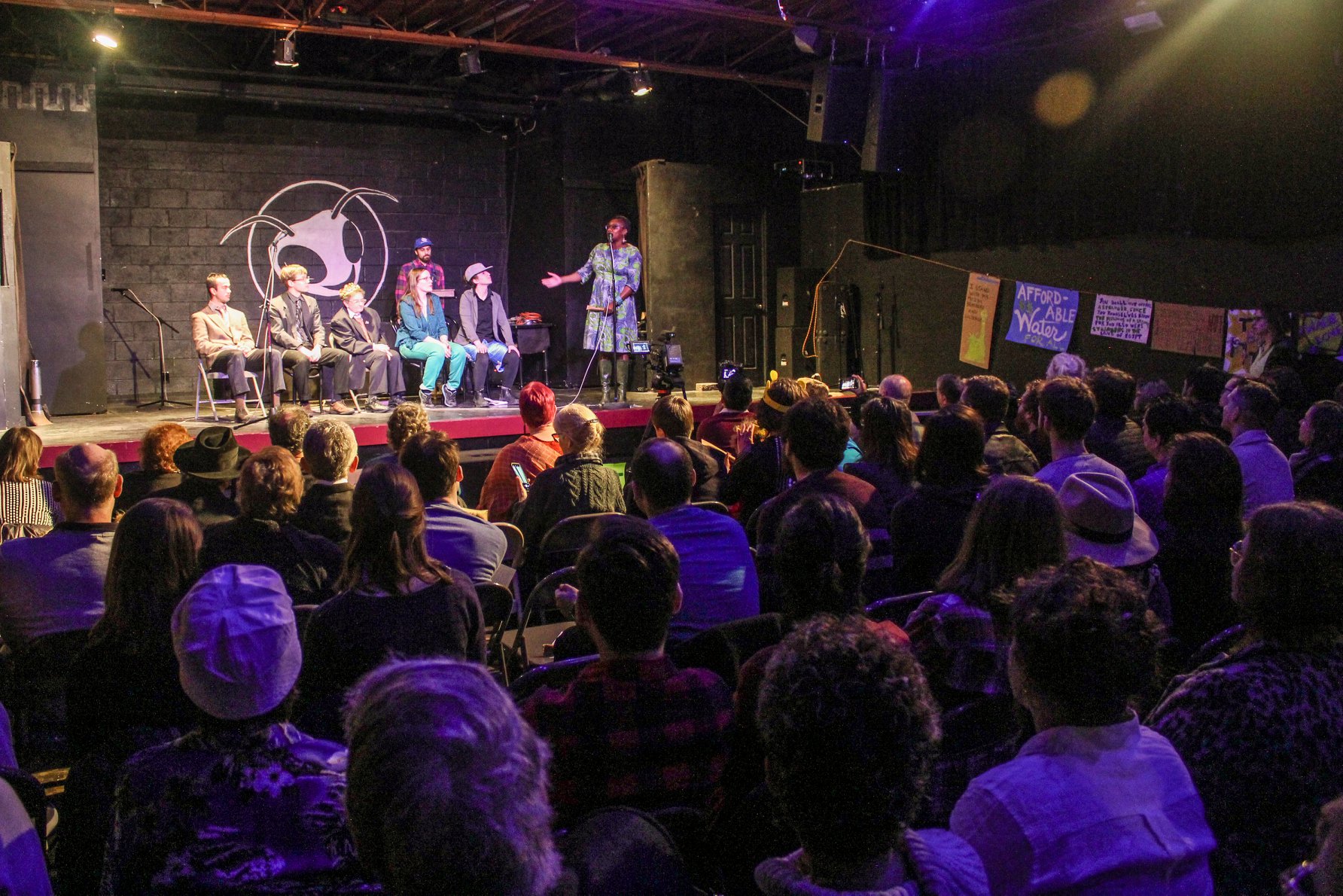 But the Purim story does not end with the simple foiling of Haman’s genocidal plot. Rather than Mordechai being hanged on the gallows, it is Haman and his sons who hang. “V’nahafokh hu.” We flip it on them, and redirect the threat of annihilation from us onto them.

For a suffering people living subsumed under the shadow of empire, such a revenge fantasy is understandable. But is this the best we can do? Rather than sanitizing this narrative or relishing its violent conclusion, why not take the fantasy of Purim as an invitation to envision an ever more holistic, totalizing, and sustainable liberation for our people and beyond? The mitzvot (commandments) of Purim teach us to enact - at least for a day! - a radical alternative to the systems that guide our daily living. We are taught to practice expansive joy; to engage in gift-giving and mutual aid within our communities; to give tzedakah, direct reparations for economic injustice. We wear costumes and dress in ways that reveal who we could be -- and in some ways really are! And there is, of course, the teaching from the rabbis that tells us that we should drink to the point being unable to differentiate between the phrases Arur Haman (“Cursed be Haman”) and Baruch Mordechai (“Blessed be Mordechai”) -- not to erase the distinctions between harmfulness and caring, but to remind us that even our most treasured truisms deserve to be interrogated and unpacked. Purim is a day when we are taught to remember that another world is possible: a day to reflect on the world as it has been and to manifest the way we want things to be in the future.

Roslyn Abt Schindler is Associate Professor Emerita, having retired from Wayne State University after 42 years in August 2017. She has had a 50-year career in higher education.  Roz has a strong record of teaching, administration/leadership, and scholarship in German, interdisciplinary studies, adult learning, and Holocaust Studies. She has been a highly active member and leader of Congregation T’chiyah since 1978 and a committed and enthusiastic leader of DJJ since its inception. She also continues to be very active in the Association for Interdisciplinary Studies.  Roz enjoys playing the accordion (though not ready for prime time yet!), seeing current movies, spending time with friends and family, attending both Jewish and interfaith events, and traveling.

Jake Ehrlich is an upcoming graduate of the Jewish Communal Leadership Program at the University of Michigan School of Social Work. His role as a DJJ leader involves exploring the ways that Jewish tradition and spiritual practice can strengthen and sustain the work of social change. He currently works as Congregation Tchiyah's Community Engagement Associate, working to facilitate ritual experiences that are accessible, meaningful and deep. Check him out at Tchiyah's Monthly Musical Shabbat, the second Friday night of every month!