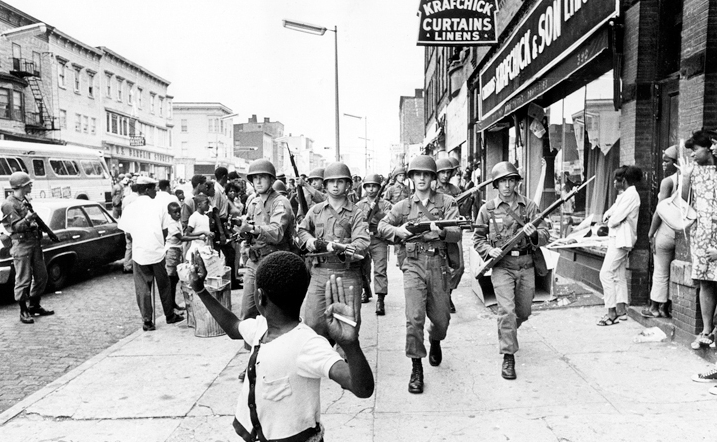 Rabbi Levi of Berditchev said that he would never have acquiesced to the destruction. For lack of a minyan of the righteous, he would have negotiated down to one - and if there were not even one, he himself would have moved to the city. Coming across this text around the time of the High Holidays, I had to think of Jonah, whose prophecy leads the people of Nineveh to repent. Therefore my first interpretation of Rabbi Levi’s position was that every wicked person must be given the chance to make Teshuva - to return or repent.

I have long been fascinated by the 1st half of this iconic story - the bargaining, and not much paid attention to the latter - the rescue of Lot and some of his family from a hail of fire and brimstone. But living in Detroit, I cannot help but notice that Vayera is actually a story of fleeing a burning city. And this year especially, preparing my community for the anniversary of 1967, I find myself drawn to the character of Lot’s wife. After looking behind her and witnessing the destruction, she is turned into a pillar of salt. What are the consequences of remembering? Does our remembering serve to bring us closer to our neighbors? Or does it calcify prejudices and justify divisions?

There is another possible interpretation of R. Levi’s position: he will place his body in God’s way because he simply does not buy into God’s paradigm. Perhaps R. Levi believes, as I do, that there is no such thing as a sinful city or wicked people, only damaging policies and practices. However we understand them, R. Levi’s words force us to recognize the possibility that what happened was unjust - a possibility that Abraham sets up for us right at the start. Far too often, the narratives I hear surrounding the demise of Detroit blames people instead of systems. It is much easier to blame the victims for their fate, rather than consider the possibility that something truly unjust has occurred to them. The approaching 50th anniversary of the rebellion has already spurred collective remembering -- Detroit Jews for Justice will be offering several ‘67 learning opportunities over the course of the year. May our turning around to face our history be in service of forging a future worth living in.