From Paris to Pittsburgh: The Climate for Change is Now- Screening and Talk Back

"From coastal cities to America’s heartland, Paris to Pittsburgh celebrates how Americans are demanding and developing real solutions in the face of climate change. And as the weather grows more deadly and destructive, they aren’t waiting on Washington to act." 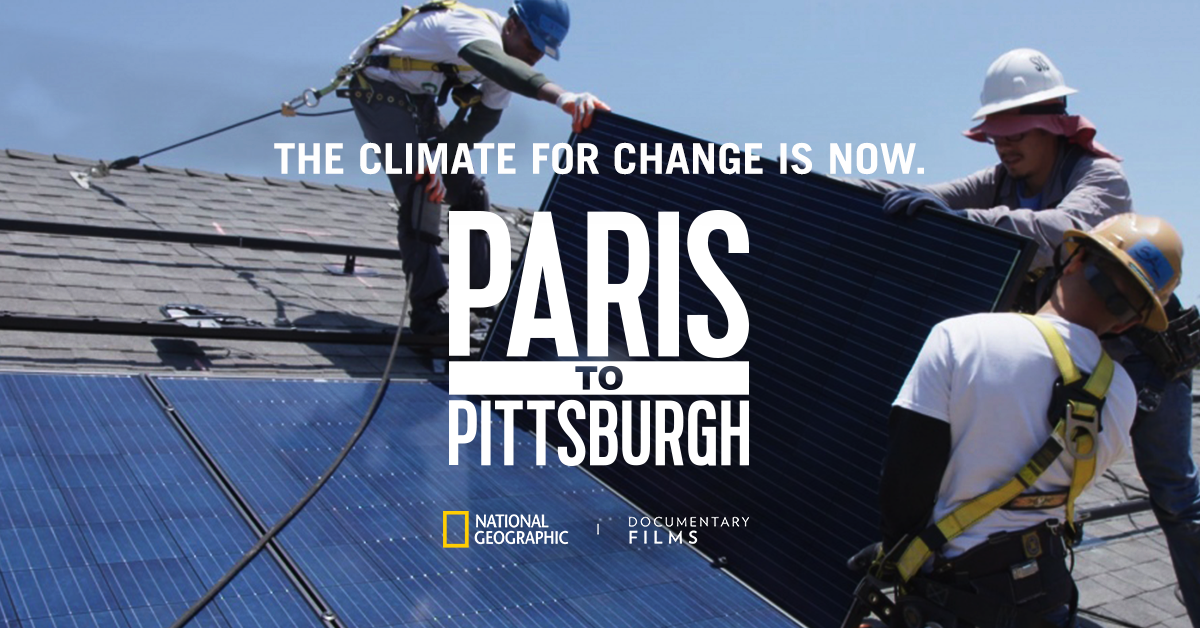 Join us at the Repair the World Workshop 7:00-9:00PM on January 9, 2020.We've partnered with Downtown Synagogue and Repair the World to put on a screening of the film, "From Paris to Pittsburgh," followed by a talk back and Q&A session with Kathryn Savoie.

Katheryn Savoie- Kathryn is a veteran community organizer and has led a number of major health, human rights and environmental justice campaigns in the Detroit area over the past 20 years. She earned a master’s degree and a Ph.D. in biology from the University of Michigan after receiving her bachelor’s degree at Virginia Tech. She is active in the community gardening movement in Detroit, and is an authorized presenter of the Climate Reality Project, trained directly by former vice president Al Gore.