R'Alana speaks on behalf of DJJ at NLG Awards Dinner

On Saturday May 11th, Rabbi Alana Alpert spoke on behalf of Detroit Jews for Justice at the Metro Detroit Chapter of the National Lawyers Guild's 82nd Anniversary Dinner upon receiving the "Unsung Hero" award. View and/or read her remarks here. 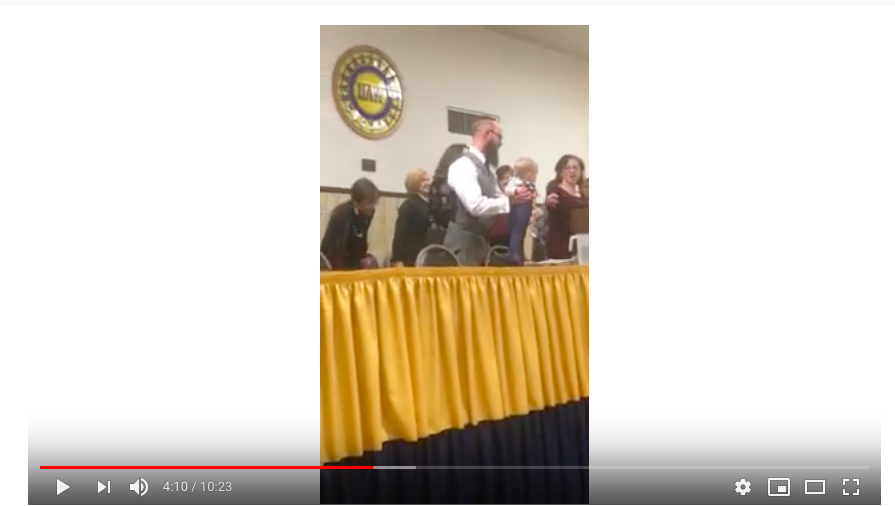 It is a tremendous honor to receive this award on behalf of Detroit Jews for Justice. And a joy to spend this evening celebrating the critical work of the NLG and the fierce leadership of Cait, Phil and Rashida. Mazal tov!

On Saturday evenings such as this one, it is traditional for Jews around the world to perform havdallah, the ritual marking the transition from Shabbat (day of rest) to the work week.

Let me tell you a little something about Jews -- since there are so few in the NLG :) *laughter*

The Jewish community is a multi-class, multi-racial community.
But in the U.S. we are predominately economically privileged and white-passing.

When we founded DJJ we imagined ourselves as primarily practicing solidarity, as an organization following the leadership of “directly-impacted folks” -

Antisemitism felt distant to many of us -- at best a memory, or at worst a weapon used to weaken the Palestinian cause.

And then a white supremacist entered the White House, and mainstream news was waxing conspiratorial about Soros...And then nazis marched in the streets of Charlottesville chanting "Jews Will Not Replace Us." Then Pittsburgh, then Poway.

And now we are forced to reclaim the struggle against antisemitism that we had ceded to the Right.

Is there antisemitism on the Left? Of course there is! It does not serve us to pretend there isn’t.

But is it dangerous? Does it put my life at risk? Only insofar as we allow it to weaken our movements for justice. We will not stand for the cynical weaponization of antisemitism against leaders like Congresswomen Talib & Omar or movements like the Women’s March or Black Lives Matter. NOT IN OUR NAME. Jews will not be used as a wedge to divide our movements.

The havdallah candle represents collective power, but there is another reason why this ritual of transition is a meaningful symbol for the work we’re trying to do.

The work of social change is about being betwixt and between. About standing in the breach.

And liminal spaces are dangerous.

They require song. Full-throated song. So i’m going to invite you to sing with me.