This event is an opportunity to celebrate the community we’ve built together, honor some of our extraordinary community members, and raise money to continue our important work. We're organizing a silent auction that will feature items from local vendors that reflect DJJ’s core principles. Along with highlighting the talents and successes of our community, this event will also give us a chance to properly thank our partners. We’ll be raising up Myra Wolfgang’s legacy by honoring two extraordinary local women, Sylvia Orduño and Selma Goode, who have a long track record of fighting for justice.

Myra Komoroff Wolfgang was one of the nation’s first woman union organizers. According to the Jewish Historical Society of Michigan, she was brought to Detroit as a baby by her Eastern European Jewish parents. By age 23, she was leading strikes and directing organizing drives in Detroit’s hotels and restaurants. Myra was one of the founders of the Coalition of Labor Union Women, formed to empower women to become union leaders. She was presiding officer at the CLUW’s first conference, which attracted more than 3,000 women from 82 countries. Local Detroit media nicknamed her the “Battling Belle of Detroit” and she was referred to as “the most important woman unionist in the country” by the Detroit Free Press. Myra devoted her entire life to Labor and Women’s Rights Movements, advocating for the rights of the working class until her death in 1976, just before her 62nd birthday.

The planning committee is already hard at work on this exciting event. Committee members are Emiko Hayashi, Jo Rosen, Roz Schindler, Dan Klein, Syma Echeandia, and Annabel Weiner. We’re looking forward to celebrating with you. Look out soon for a save the date, host committee/sponsorship registration, and ticket sales! 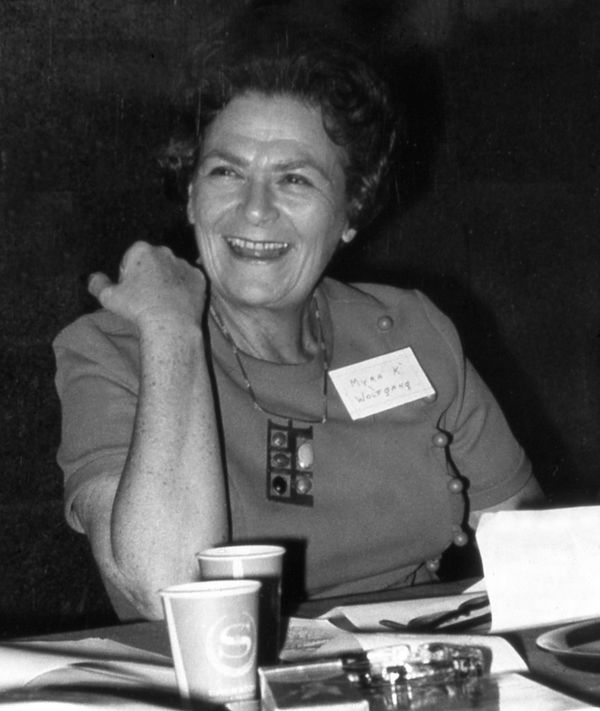