An Evening with Joy Ladin

Dr. Joy Ladin's return to Yeshiva University as a woman - after receiving tenure as a man - made her the first openly transgender employee of an Orthodox Jewish institution. Detroit Jews for Justice partnered with Wayne State University’s Judaic Studies Center to bring Joy Ladin to Ferndale’s Local Kitchen on June 16th, 2016.

Joy received her PhD at Princeton, MFA in creative writing from the University of Massachusetts at Amherst, and BA from Sarah Lawrence College. She was named to the 2012 Forward 50 list of influential or courageous American Jews. She has spoken about gender identity issues around the country, and was featured on NPR's “On Being” with Krista Tippett. 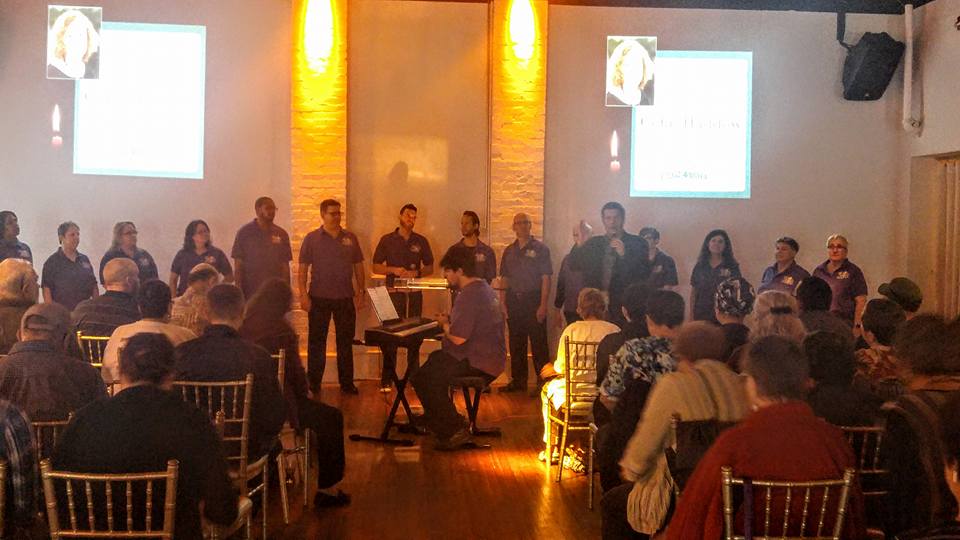 There was no way of anticipating the timeliness for this occasion. When just four days earlier an armed assailant entered Pulse Nightclub in Orlando taking 49 lives and injuring many more. This grisly targeting of the LGBTQ community provided an unwarranted wake-up call that despite decades of victories there remains a frustrating reality of discrimination and danger faced by LGBTQ individuals in the United States.

On this evening, we stood vigil for the fallen. After a moment of silence, Sing Out Detroit - a non-profit choir of LGBTQ people and allies - filled the room with a stunning blend of voices tagging in a message that in these hard times we must find inner strength to celebrate individuality. 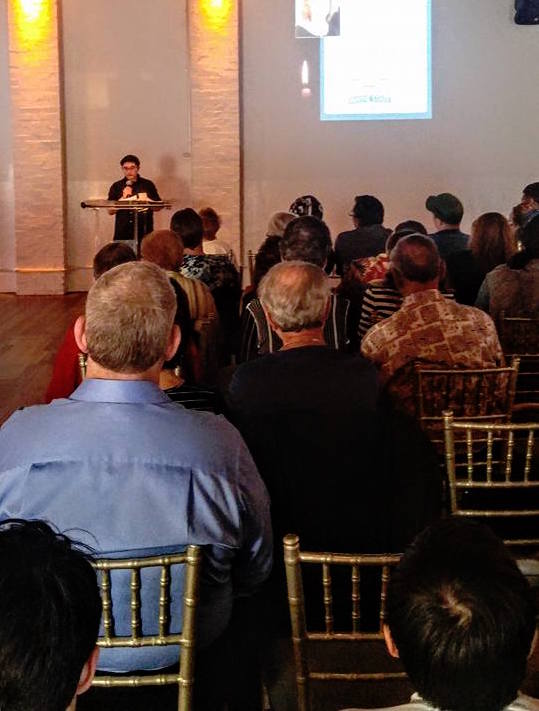 Next, we heard from Azriel Apap, 14, of Fenkel Jewish Academy. He read his award-winning poem, “ I am Here Too" about coming out as Trans to the Jewish Community, receiving a well-deserved standing ovation from the crowd.

Joy Ladin approached the subject of intersectionality between her gender and Jewish identities with so much presence, care and vulnerability. Trans children, who often grow up feeling isolated, tend toward forming a stronger relationship with God. As a child, Jay Ladin connected deeply with a creator and to scripture. She read Deutoronomy 22:5, "A woman shall not wear a man’s garment, nor shall a man put on a woman’s cloak, for whoever does these things is disgusting in the eyes of the Lord your God."
"Is God disgusted by me?” she pondered. “My parents love me as their son, not daughter, am I unworthy of love?”

For an Orthodox Jewish individual grappling with gender-identity and transitioning, the Rabbis make the case, Judaism values life above all. If a person would commit suicide because they were prohibited from transitioning then they are permitted to transition. Joy points out the obvious catch-22 here: "If I have not already succeeded in taking my own life am I fact in mortal peril?" 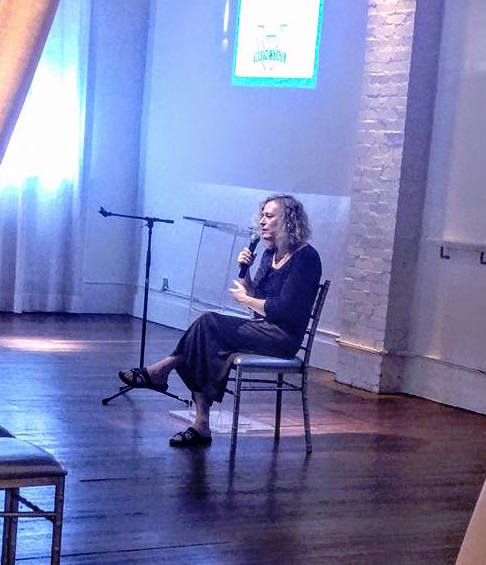 Beyond tolerance, we need inclusion. Ladin grew up in a Reform-Jewish community and now spends much of her time surrounded by Orthodox-Jewish students at Stern College. Neither community has sufficiently challenged its underling heteronormative culture. In her upcoming book, Joy will re-examine The Torah to reveal God as a disembodied person - a connection that she's felt to him, she explained, as a person who has felt her identity disconnected from her body. She emphasizes segments of the Torah that supersede gender binaries and uncover moments where God addresses people in a state of gender transition.

In addition to identifying as Transgender, a Jewish identity should be a source of resilience and a promise for community support and inclusion, she explained. We must to continue to shine light on the individuals who are brave enough to come forward. As Joy said, “Let us be openly strange and sanctified!”

Geulah Finman works for Wayne State University's Cohn-Haddow Center for Jewish Studies. She received a bachelors of arts in psychology and philosophy at the Interdisciplinary Center of Herzliya Israel. She serves the Detroit Jewish community as an educator, social-justice activist and urban farmer. She coordinates community events, on-campus lectures and student outreach. In addition, she has been a great supporter to DJJ! You can learn more about Cohn-Haddow at http://judaicstudies.wayne.edu/