Last week, Jews for Racial and Economic Justice in New York City lifted up the Alpert Family in their weekly Member Spotlight as a part of their current membership campaign. Alana and Sarra write about their finding a political home in JFREJ, building a Jewish justice movement in New York, Detroit, and elsewhere.

We were so honored to see the Alperts lifted up in JFREJ's latest Membership Campaign. If you have community in New York City, be sure to send them JFREJ's way!

Some of our -- Alana’s and Sarra’s -- earliest memories are of our parents, Gregg and Merrill, taking us to rallies for the Free Soviet Jewry campaign. We were taught to fight for justice and to show up as Jews, and our family now gets to do so together on the streets of New York City with Jews for Racial & Economic Justice.

JFREJ gives us a chance to continue to truly live those values, to stay connected to campaigns that make a difference in New York (and beyond), and to do all of this while grounded in our connection to our Jewish identity and tradition. 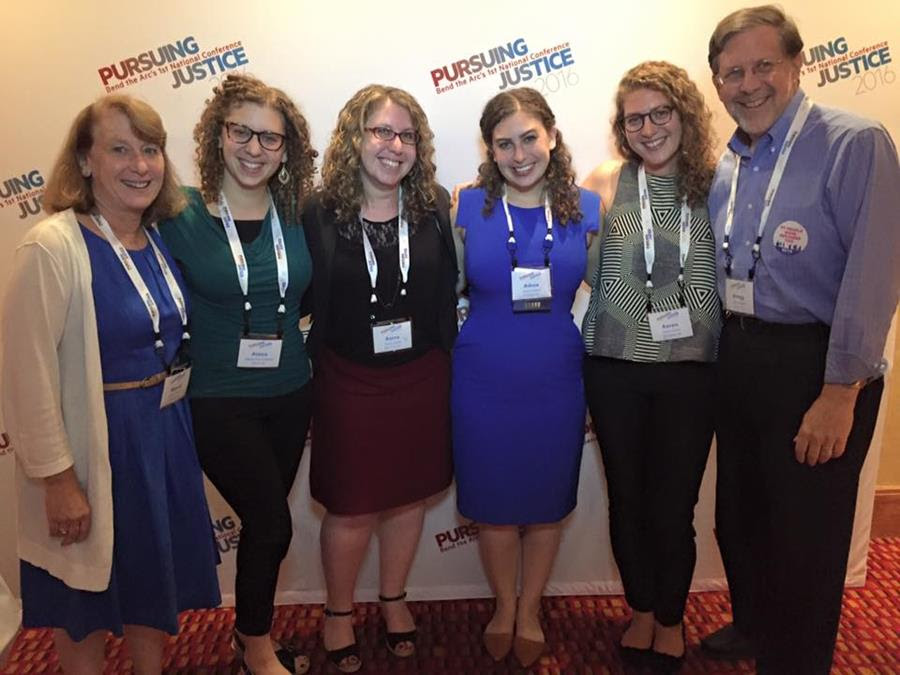 Our connection to JFREJ began in 2003, when Alana simply googled “Jews” and “justice.” Through her curiosity, Alana discovered JFREJ -- and today, after fourteen years of being an actively involved JFREJmember, JFREJ has presented a range of ways for each of us to engage in the movement for social justice.

JFREJ inspired Alana to create an organization called Detroit Jews for Justice (DJJ). Sarra is finishing six years of being a JFREJ Board Member, while Aaron, Adina, Gregg, and Merrill have been actively members of the JFREJ community, frequently participating in actions and events. We’ve collectively been moved by reciting kaddish in the streets, marching hand-in-hand for racial justice, singing Jewish songs together, and standing up for what we believe in.

We are so proud to be among JFREJ’s member families, and we look forward to supporting JFREJ, showing up together, and participating as members for many years to come. Amidst this precarious national political moment, we know that JFREJ’s work and commitment to fighting oppression is absolutely crucial. Will you join us in supporting and sustaining this work by fully participating in the Rise Up & Be Counted campaign?

Participating in the Rise Up & Be Counted campaign not only means being (or becoming) a dues-paying member of JFREJ, but also means encouraging fellow future JFREJ members to join, too! The most effective way to do this is by creating your own fundraising page for the campaign here, sharing your own story, and inviting friends to donate to the campaign, too. Discover all of the ways to participate in the Rise Up & Be Counted campaign here.

We look forward to continuing to build this movement with you!