We're signed on to the Housing Trust Fund Coalition!

We're pleased to announce that we've signed on to a very exciting new initiative -- the Housing Trust Fund Coalition. This self-sustaining fund would provide funding for low-income Detroiters' housing and is being sponsored by City Councilperson Mary Sheffield. Read more about the effort below. You or your organization can endorse here and learn more about how you can mobilize in the coming months.

As Detroit enjoys national acclaim for its current resurgence, not everyone is benefitting equally. Revitalization currently benefits developers and high-wage workers even as the fabric of low-income neighborhoods and long standing African American neighborhoods are torn apart. To preserve and protect our communities, we must increase the supply of decent, healthy and affordable homes and apartments for the Detroit families who need it most: Households with the lowest incomes, particularly those with incomes less than $24,600 annually.

More than 550 cities around the United States have created and committed revenue to affordable housing trust funds in order to address the greatest unmet local housing need. With Federal housing resources decreasing, we need a housing trust fund NOW before long time community members are priced out.

Building on success models from cities such as St. Louis, Philadelphia, Milwaukee, and Washington D.C., Detroit needs a housing trust fund that serves our most vulnerable neighbors by increasing the supply of affordable, accessible housing, while also assuring that the city's investment remains affordable over the long term, and that the housing trust fund's governance and leadership include those directly impacted by housing injustice. 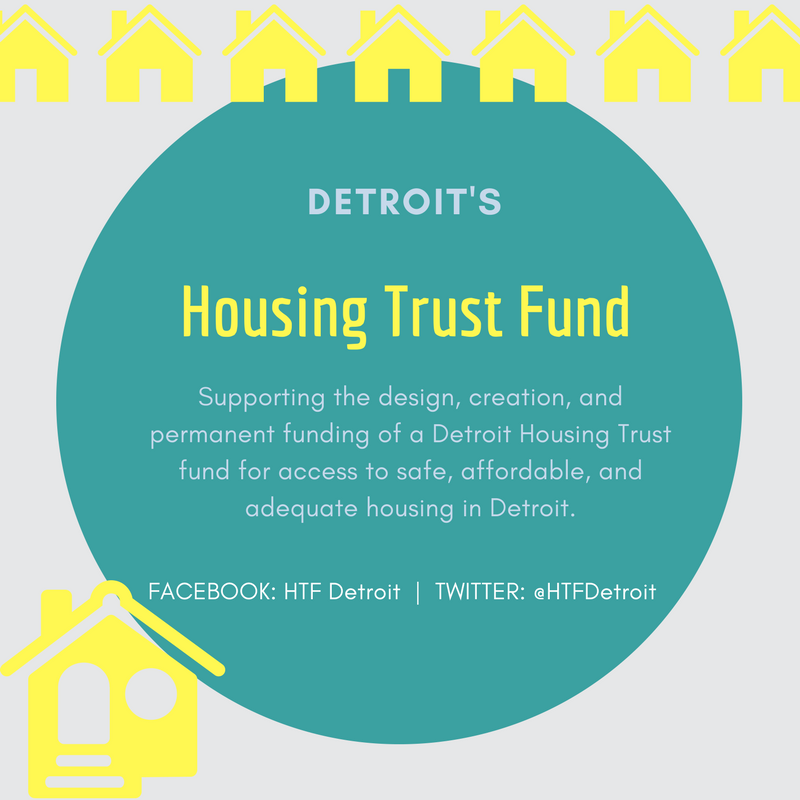