Class, the Jewish Community, and anti-Semitism 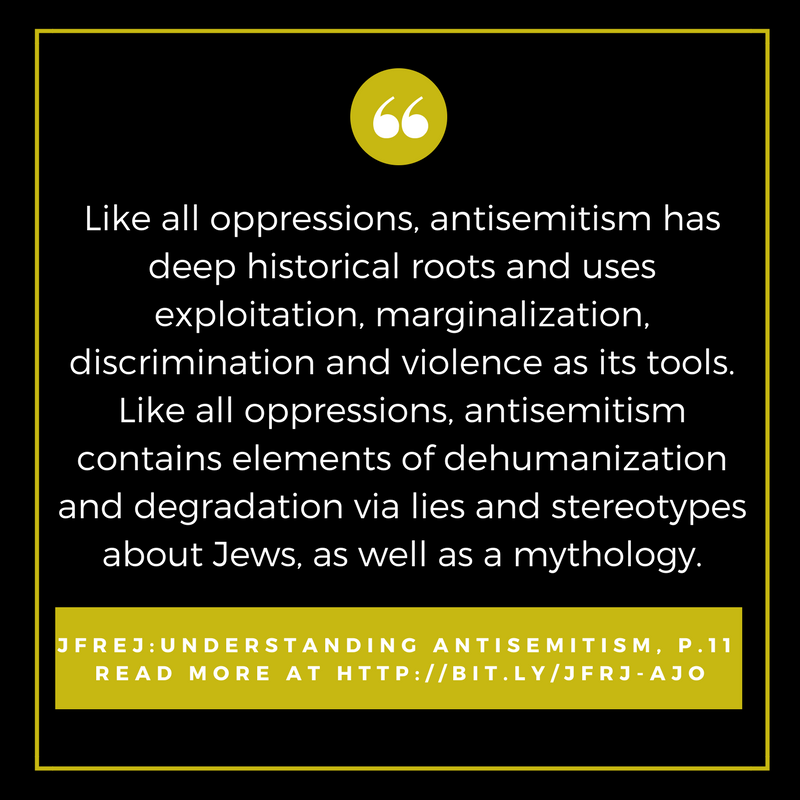 On Monday, October 29th, just a few days after the Pittsburgh massacre, I attended a conversation with other members of the Jewish Social Justice Roundtable on Class, the Jewish Community, and anti-Semitism.

Marya Axner of the New England Jewish Labor Committee, Cherie Brown of the National Coalition Building Institute, Debbie Goldstein of Carolina Jews for Justice, Rabbi Salem Pearce of T’ruah, Alex Broida of Union for Reform Judaism and Rebecca Ennen of Jews United for Justice were on the facilitation and planning team for this important day. I am deeply grateful for the time and talent they put into this meeting. Through small and large group conversations between folks from a myriad of class backgrounds, we just began to scratch the surface.

I am deeply involved with mobilizing resources for DJJ and one way this manifests is through my work with leaders putting on grassroots fundraising trainings. One of the first things we do at these trainings is unpack how money and class move through our lives and shape our thinking. This is challenging, nuanced stuff, especially for Jews. An expression of anti-Jewish oppression is the myth that Jews control the banks, have all the money in the world, and pull powerful strings that keep poor folks poor. Jews for Racial & Economic Justice puts it very well in their 2018 Understanding Antisemitism: An Offering to Our Movement [pg 18] 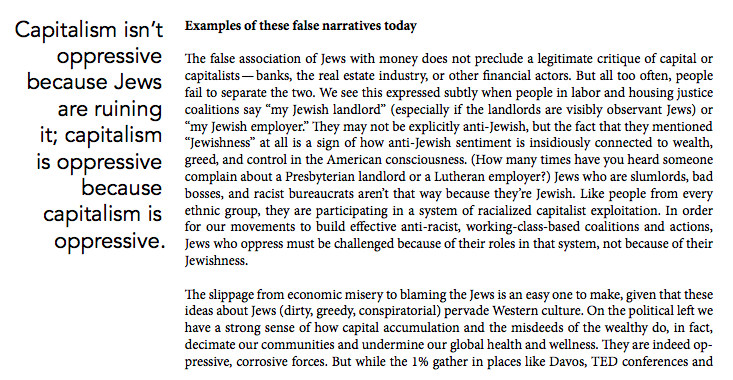 The Jewish Social Justice Roundtable holds space for affinity groups to have a variety of similar conversations. The talented folks at the Roundtable truly provide an incredible resource to the American Jewish social justice movement.

This convening was a double mitzvah -- folks got to engage in collective resource sharing through vulnerable storytelling and skillbuilding, and we gathered in a time of profound mourning for the Jewish people in the wake of the Pittsburgh shooting. I am looking forward to future conversations that hone in on the intersections of class/money/capitalism and anti-Jewish oppression. May our communities be well, thrive in abundance, and join together with allies and accomplices to heal, strategize, and resist.