These are trying times for the millions of voters who did not choose Donald Trump and Mike Pence to lead the country. With emotions running high, about 150 individuals brought their questions and concerns to a Detroit Jews for Justice (DJJ)-sponsored program, “100 Days: Preparing for the Presidency.” Kary Moss, executive director of the American Civil Liberties Union (ACLU) of Michigan, was the featured speaker Dec. 1 at Temple Emanu-El in Oak Park. According to the DJJ invitation: “The new administration has put forward a plan for major policy changes slated for the first 100 days of the term. It is essential that those of us committed to racial and economic justice understand, as much as possible, what to expect.”

Below: A group of attendees joyfully preparing to fight the plan. Syma and friend thumb their noses at the new administration! 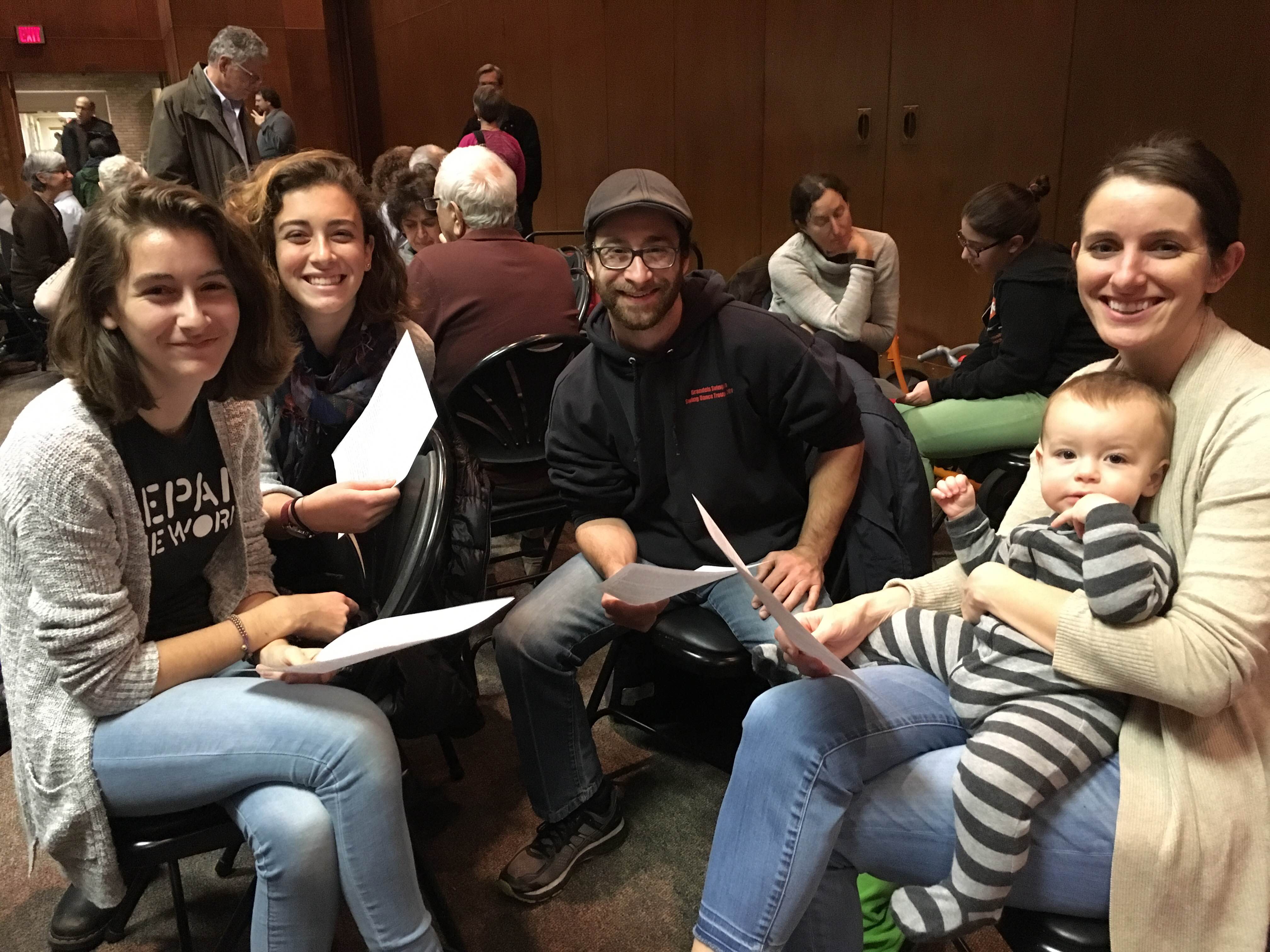 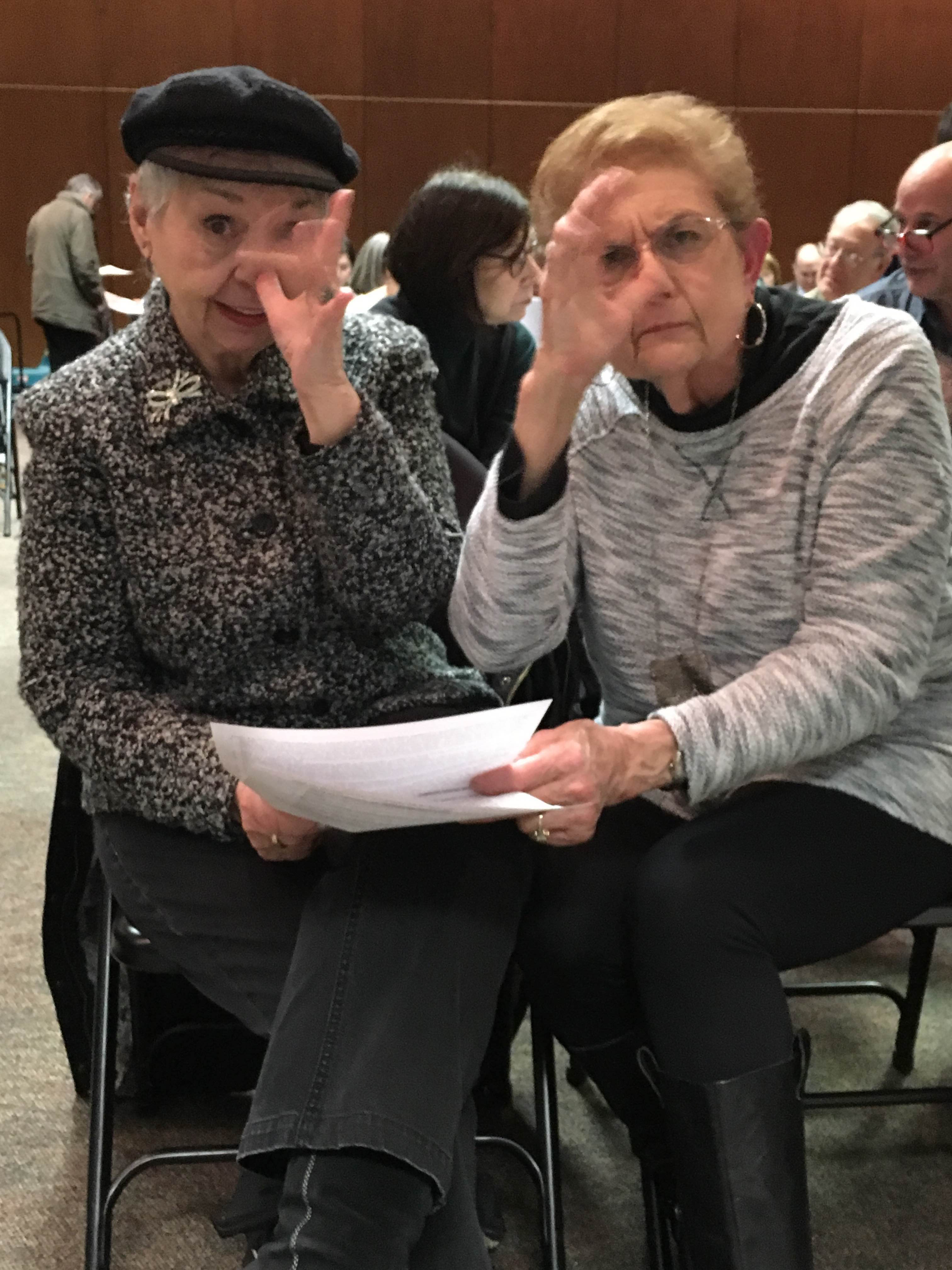