How do you get involved? Mark your calendar and email our Organizer for Campaigns and Education, Elijah!

How did we get here?

Back in early 2019, Detroit Jews for Justice embarked on a journey to rethink how we organize and started with the goal of developing a dynamic, agile, multi-issue campaign structure and process with multiple clear entry points that seeks to better empower leaders who will show up as respectful and productive partners in coalition. 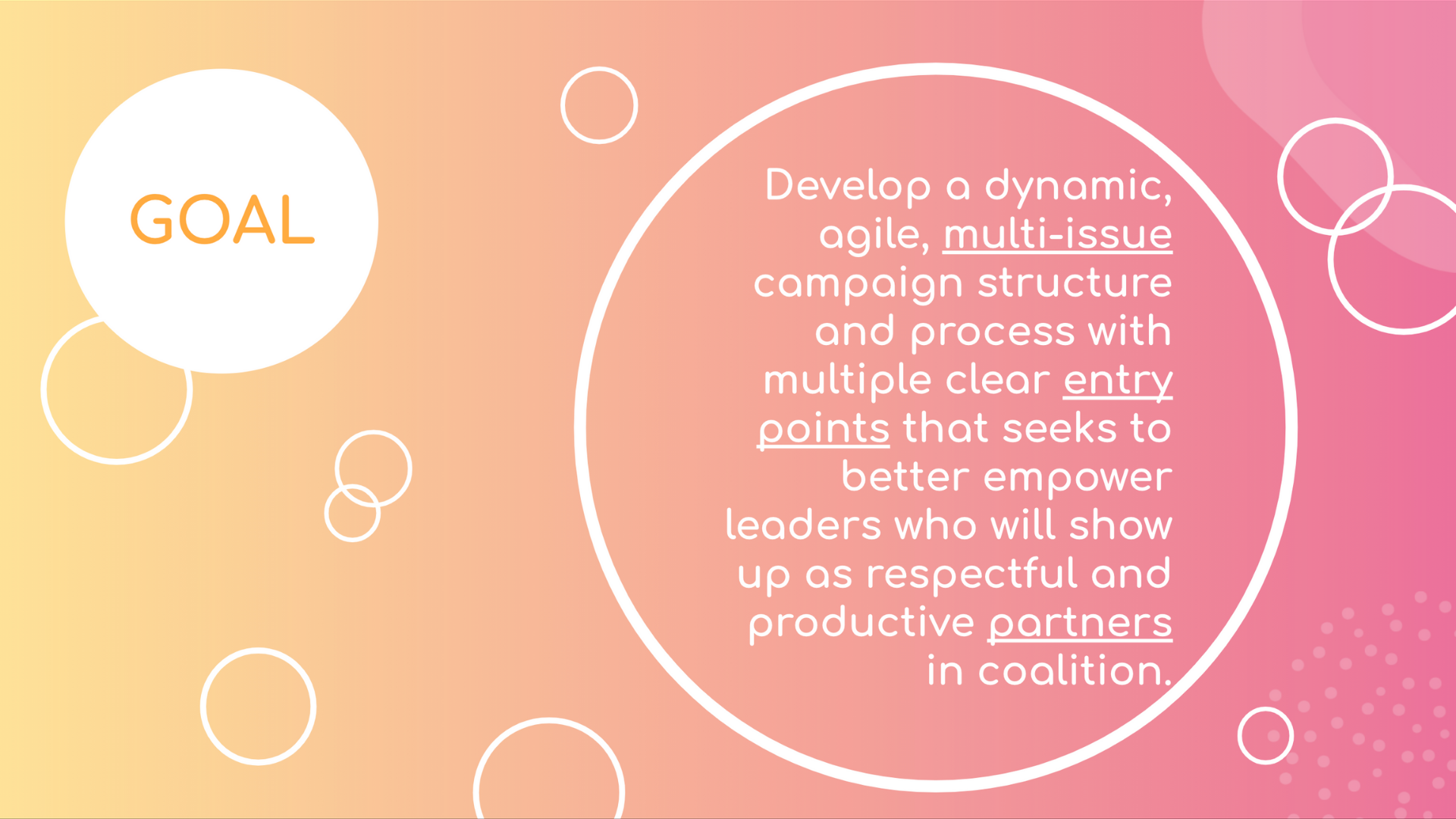 After interviewing more than 40 DJJ Leaders, creating a new staff position, consulting our sister organizations (JCA, JUFJ and JFREJ), collecting feedback from listening parties, aggregation of data and going through waves of iterations, reviews and feedbacks, we finally revealed the new campaign structure in July 2020, including two teams: the Thriving Team and the Freedom Team.

How does the new organizing structure with the Thriving Team and the Freedom Team fit within the current DJJ structure? 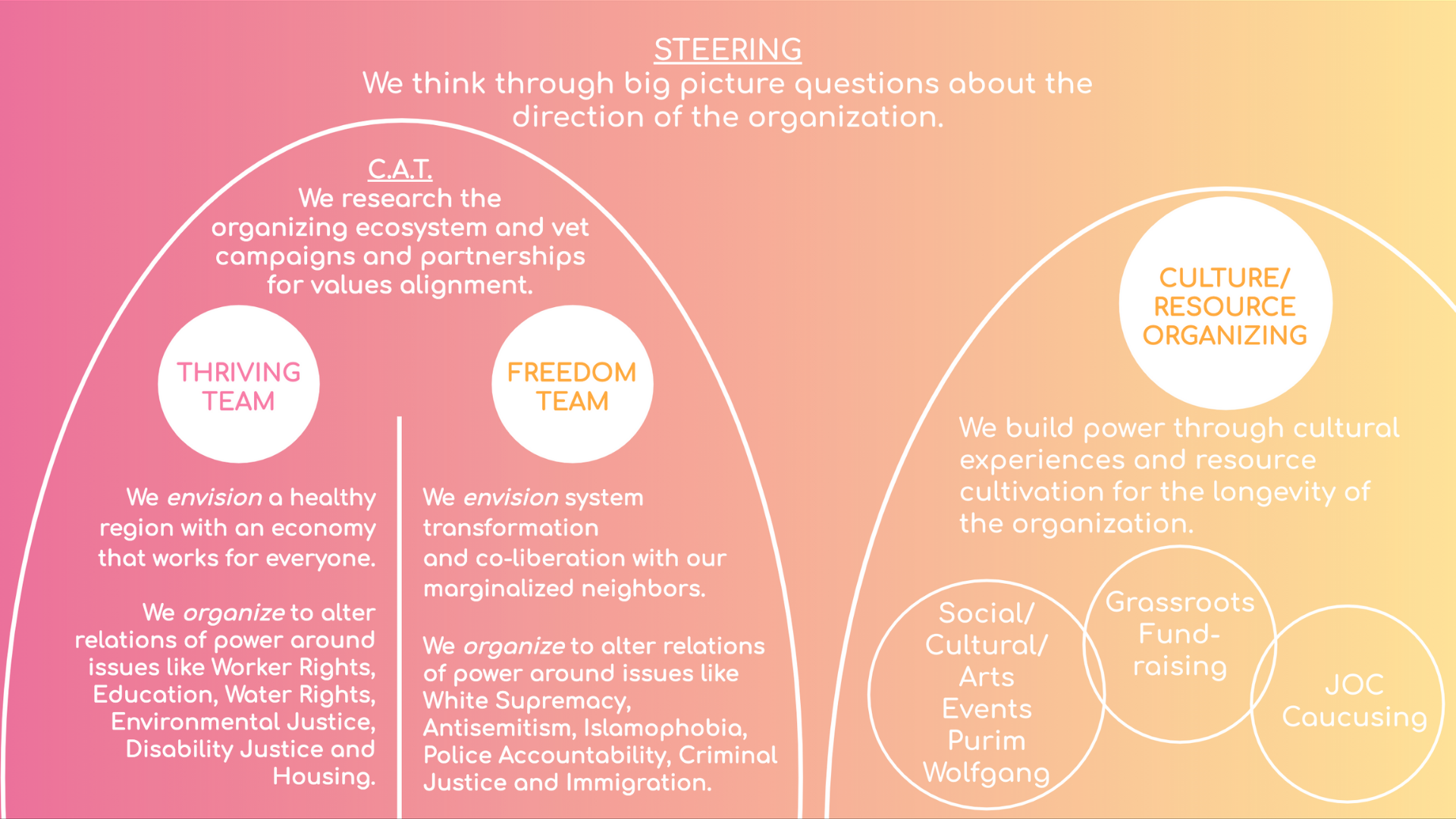 How does DJJ select a campaign? 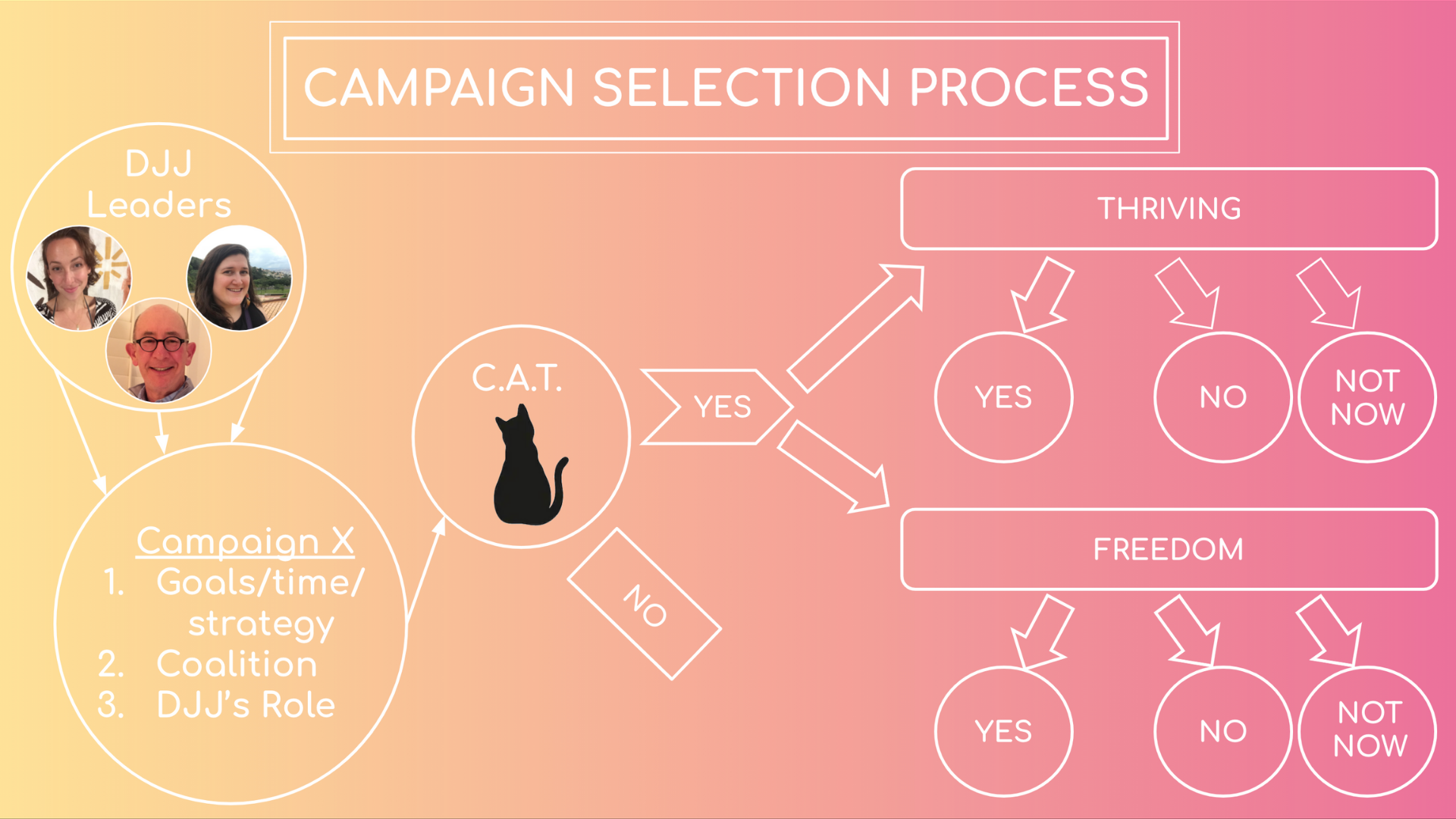